There are plenty of great reasons to hate Apple 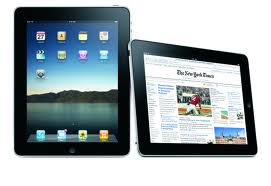 Okay, okay. Don’t tune out just because I don’t like Apple products. I promise to give a thorough explanation.

I have never been a huge Apple fan. Back when their logo was a partially bitten apple in assorted colors, I was like “meh.” And, as the monolith hegemon of a business grew, I became more and more turned off. It was like all of the cool kids were telling me I should like the iPod and then the iPhone and now, the iPad. And, anyone who knows me knows that I prefer not to be told what to do.

Moving to the point of this post, I found out a few months ago how the iPhones and iPads are being produced. Apparently, the largest private employer in China is Foxconn factories. Apple’s core products are made there and the working conditions are EXTREMELY dangerous. Last year, there was an explosion that killed 3 people, the working conditions result in an average of over 60 hours per week – every week, and the suicide rates are alarming (Source). These issues came to light after an investigation earlier this year found a significant number of labor violations including the use of student and intern labor for overtime and night shifts (Source).

How did this make me feel? Disgusting. Absolutely disgusting. In essence, the purchase of Apple products supports virtual slave labor in China. So, I can’t support that. Some people can. I am not one of them.

I know there are gobs and gobs of Apple lovers out there. Does this impact your love for the company? products?