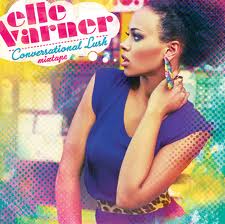 Just so we’re all on the same page, Elle Varner is an American R&B singer, a J Records signee, and the first artist highlighted under BET’s Music Matters campaign in 2010. And she has come a long way since then. Her second single, “Refill”, was released in January of 2012 and peaked at #10 on the Billboard R&B chart. Fueled by the single’s success, her debut album Perfectly Imperfect has hit #4 on Billboard. Any critique aside, she is a success story.

Honestly, I just didn’t (and still do not) get the appeal of the single. The tones she hits on the chorus are not pleasing to my ears. The song has a cool vibe, but it comes across as “meh”. However, I am feeling her newest single “I Don’t Care” (linked below). I think she keeps her instrument a little bit more under control, while still allowing it to soar. And you can definitely feel the passion.

But I don’t consider my opinion to be gospel. What say you Water Cooler Community?