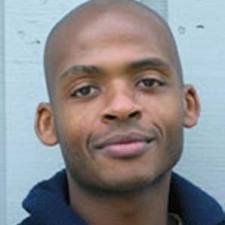 Kiese Laymon is an Associate Professor of English and the co-director of Africana Studies at Vassar College. He grew up in Jackson, Mississippi. He graduated from Oberlin College in 1998 and received an MFA from Indiana University in 2003. He is a published essayist and short story writer. His debut novel Long Division will be released in December 2012. He has also had a gun pulled on him 4 times.

His essay How to Slowly Kill Yourself and Others in America: A Remembrance is a brilliant illustration of the barriers that African-Americans face. As he walks us through his life we see everything that stood in the way of his success: his environment, his educational institutions, self-doubt, unequal treatment, his family and out-and-out racism. And he makes it clear how lucky he was simply to survive everything that he went through; he stops periodically to parallel his fate with those that were less fortunate: Rekia Boyd, Edward Evans, Trayvon Martin, and others.

By reliving these moments, Laymon is able to give insight into the psyche of an African-American in a way that I have never seen before. You can feel the oppression building as he ages. You can understand why someone else in any of the positions he has been in might have given up or joined a gang or ended up in jail. Most importantly, it makes you question how an experience like his is even allowed to occur and how many others are still facing these circumstances.

It’s a little lengthy, but once you start reading it, you will be compelled to finish. You can find it both on his personal website and on GAWKER. Once you’re finished, come back and share your thoughts. Also be sure to check out his blog for some other cool writings.