Congressional Republicans and the Inhumanity of “Legitimate Rape” 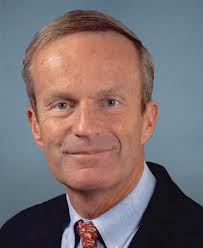 If you haven’t heard, Congressman Todd Akin (R – MO), made some statements this week about rape. He has made plenty of assertions before, but the timing in this case was especially unfortunate. With the impending election, the Republican Party has all but disowned him and asked him to end his campaign. This is probably the last thing Romney/Ryan wanted to address while trekking toward November. But, nonetheless, it happened. Everyone is reeling over the comments. But, there is a much deeper issue at play here.

Please start by reviewing the video below then we may discuss appropriately:

Have you ever heard anything that was so hilariously idiotic that it immediately made you sad? then you spiralled down into an abyss of vanilla, melancholy reflections as you replayed it in your mind? then you glazed over with wonderment as you committed it to memory? Then, you cringed at the sharp bite of the actual words? That’s what I did when I heard this. And every time I’ve heard it since, I’ve cringed.

I am not going to deal with the politician or the policies. Instead, let’s simply discuss the politics.

As for me, the politics are the major issue here. The term “legitimate rape” engenders something different for everyone. But, I think it does something specifically different for women. Since women are 10 times more likely than men to experience rape in their lifetime, especially if they are under the age of 16 and if they are of minority decent, this is a, for the most part, women’s issue (Source). This is not to say that men do not suffer from rape. They do. But, for all intents and purposes, when political actors address policy regarding the issue of rape, they address female rape directly. Often, this dialogue is attached to the pro-life agenda where uber-lifers believe that rape victims should be forced to carry the child of their rapist to protect the sanctity of human life…

First, let’s deal with that. I understand being pro-life. I totally get it. But, this stance is in direct discord with itself. What about that woman’s or girl’s life? After the act of rape has been committed, is her life not inextricably changed forever? Is there not some bit of her humanity that has been stolen from her that she may never be able to get back? People talk about “hooking up” now and often make sex seem so frivolous. Girls are sluts if they party like the boys and whores if they are promiscuous. But, the honest truth is, there is something about giving yourself to someone else willingly and something wholly different about a part of yourself being taken away without your consent. No matter how you slice it, will comes from making a clear-headed choice. Period. That is what will is. When you are made to do something unwillingly, you know it. And, when that thing, rape in this case, robs you of your basic rights, it is an injustice. When you do not have rights to yourself, what then? We fret about our hair, skin, or general appearance not being under our complete control. But, what about our bodies? Our reproductive organs? To have your body stolen from you and left for you to make due then to have your political representatives, who you might have elected no less, steal your right to bear children on your own terms, with someone who loves you, loves the child, wants the child, or at least at one time did, to me, is indescribably inhumane.

Second, the term “legitimate rape” and, another one you may also have heard, “forcible rape” are extremely disgusting and degrading. They imply that rape is only rape if A) you weren’t under the influence of some type of controlling substance, B) someone physically handled you with a weapon and/or physical assault, or C) you showed enough “signs” of being raped after the act was committed. Because, you know, so many women just regret consensual sex and turn it into rape to make themselves feel better. They aren’t victims at all. They’re just crying wolf…

This is when politics stink. When a group of individuals gets to make judgments about what constitutes the heinous and humiliating intrusion that one feels  when raped, we lose some of our humanity. Somewhere, an angel loses its wings. I am not trying to be funny but really, this notion is not only stupid, it is morally debased.

Politicians and policies aside, when will we all realize that regardless of our party we are a part of humanity? We have a moral and ethical responsibility for one another. And, when our politics start to blur the lines between what our greater man knows to be true and what our political animal wants for his/her party, we all lose out. Truly, we all lose. And, sometimes, what we lose can’t be resumed. It never comes back.

I am not a rape survivor. I am a woman. I am a minority. But, most of all, I am a human being and I am compelled to protect the dignity of the common man or, in this case, woman. Regardless of their race, age, gender, or sexual orientation, I am compelled to seek out the greater good in everyone’s favor. Why is no one discussing that? Instead, we want to analyze how this will impact Romney or what the Republican platform will be now…really? People are losing their humanity right now. And, those faces in the history books may change over and over again but some pieces of us never come back. Once they’re gone, something else grows in their place. Let’s hope that Congressman Akin’s words are not indicative of a deeper moral reality where “legitimate rape” is actually a legitimate concept. And, let’s pray this is not a time when a term like “legitimate rape” grows in place of intelligent dialogue regarding the human issues of rape and abortion.