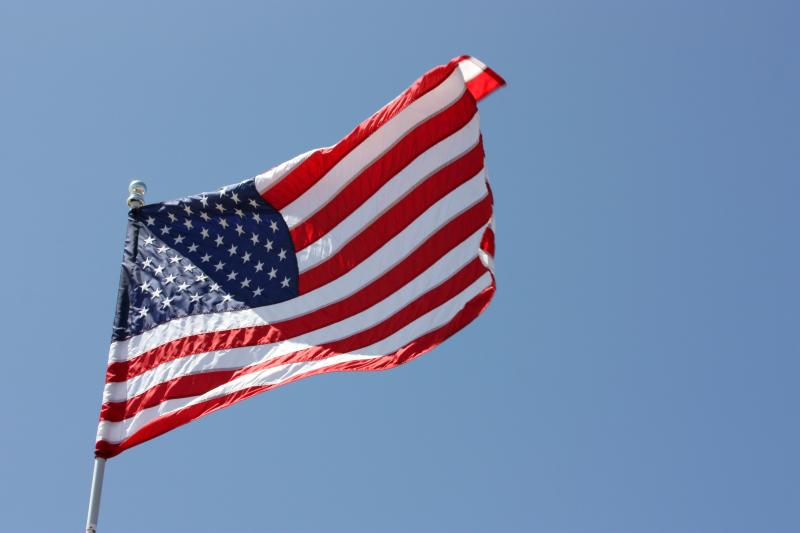 Here are 5 cool things American Politics does for the common man everyday:

1. Basic Necessities (food, shelter, and water): In many countries, especially those on the continent of Africa, food, shelter, and water are luxuries. Water does not come from a pipe or a faucet. It may come from a river, inlet, or well (if the people are lucky enough). And, the lack of politics helps to perpetuate that. Low to no political efficacy, the feeling that one’s vote or contribution makes a difference in political outcomes, means that many people in these countries are left feeling helpless and isolated.

Take Burkina Faso for example. Not only are the people of this country extremely poor, they are faced with warring and civil unrest which keeps them in constant danger of military and/or rebel action (Source). In this country, we don’t have to worry about the military laying siege to our home or belongings, 3rd Amendment to the Constitution aside. We don’t have to worry about droughts that leave us barren of food and water. We have enough social safety nets in place that, barring a major catastrophe like Hurricane Katrina, we have a lot more security that our government and political system will provide some basic resources to all Americans. American Politics provided those necessities.

2. Family and child-rearing: Procreation, our ability to have children, is a right we often take for granted. Birth control has been legal in this country since Griswold v. Connecticut (1965). Yet, American political actors seem to be working hard, recently, to make abortion less accessible than it has been since the Roe v. Wade decision in 1973. This decision made abortion legal and, therefore, spawned the term a “woman’s right to choose.” Technically, in this country, politics have supported reproductive rights aside from extreme political actors who would like these policies overturned.

How about China? Ever heard of the “one-child policy?” Mass female infanticide in the mid-nineteenth century was banned but that hasn’t changed the policy to only have one child unless both parents are, themselves, only children. Yes, this policy is an effort to control overpopulation but the psycho-social impacts have been devastating to women’s identities (Source). In this country, at least today, we can have a child if we choose to. We can also not have a child if we choose to. We have the freedom to choose. American Politics helped us build families on our own terms.

3. Organized sports: Approximately 35 million children ages 5 to 18 play in some type of organized sport each year and the odds of going pro are actually pretty promising (Source). Moving up in the ranks, professional sports are a staple in many households. Not ours, but, they are in most homes. Professional sporting arenas are made, built, and patronized with the help of government officials, local voters, business owners and sports professionals and executives. And, the political actor that can align himself or herself with the local team almost always finds great success (Source).

Would sports exist without politics? Nope, probably not. Let’s take the effort to build a football stadium in Downtown Los Angeles for example. What happens when the politics are not in line with sports? Litigation (Source). No one is going to see a stadium in downtown until every important political actor has shaken hands, signed on the affirmative line, and cut the ribbon. It’s just a fact. American Politics gave us national sports and it can, certainly, take them away.

4. MONEY MONEY MONEY: Now, you may not have a whole lot of it, but I am sure you wouldn’t mind it if you did. What if your money held little to no value? (Source). You couldn’t aspire to buy that new car or purse. You’d have to hold onto every dollar in hopes that some political policy might aid you in providing a roof over your families’ heads and food to eat. And, although the US doesn’t get into the top 10 worldwide (since the economic downturn) it is still pretty high up the list of best currencies (Source).

What does this mean for you? It means that the amount of products and services you can buy from year to year won’t change so drastically that you’ll spiral down into poverty after losing a few bucks. In some countries, the inflation rate, the rise in prices of goods and services over time, is so high that money becomes basically worthless within months. And, the economy completely stagnates. As Americans, we do not have to concern ourselves with the value of the US Dollar. The government and political system has fail safe mechanisms in place to insure our money. Now, is it a perfect system? Not by a long shot. But, is it a good system? Most economists would say yes. American Politics gave you that money and its value.

5. Oh yeah, kittens: I know this seems totally random, but go with me on this. Have you ever seen a cute little kitten on the internet doing something completely hilarious and it just simply warmed your heart? I haven’t but I am sure you have. Well, how do you think that cute little kitten got there? I mean, we all know how baby kittens are made, but how did it get up on your lovely computer, smartphone, or tablet. The forward thinking individuals at the Defense Advanced Research Projects Agency or DARPA (http://www.darpa.mil/) had the foresight and intuition to bring that service right to your hot little hands (Source).

Originally created for defense purposes, the modern internet is a function of everyday life now. Well, at least in America, most of Europe, and parts of Canada. However, in some countries, the internet is either banned or heavily censored like in China, Iran, and Ethiopia. These people would kill to have our politics. The good and the bad. But you, with your high speed internet, web-based gaming, and Twitter feed, you don’t like politics? What if the people who had created the internet said something as silly as “I don’t like politics?” I mean, how else would you readily access a Kentucky Derby clad kitten frowning after biting a chile pepper? Do tell. American Politics, therefore, gave us all kittens.

Again, to recap what politicking is: Politicking is when we are told that the eight years under President George W. Bush can’t be attributed to the entire Republican Party because, you know, he was just the President and leader of the free world, and we should just let him skulk away quietly (Source). Or when Congressman Paul Ryan supports legislation denoting the proper governmental medical coverage for “forcible rape” as opposed to, I don’t know, consensual rape? All because this helps to satiate the Tea Party (Source). Politicking is when Newt Gingrich pushes for the impeachment of President Bill Clinton during his second term in office after Clinton admitted to having an extramarital affair while Gingrich himself was cheating on his first wife who was going through treatment for cancer (Source). I am sure there are a few on the other side of the aisle. Please share in the comments.

Politicians participate in politicking. People create politics. But, politics always transcends politicians. Politicking ≠ Politics. The two are not synonymous nor are they mutually inclusive. This means that where you find one, there is no hard and fast rule that you must also find the other. You can have one without the other. And, just because, in America, politicking seems to accompany politics, it doesn’t actually have to be that way.

There are several countries where the citizens are dying for politics, both literally and figuratively. Take Syria for example…or Egypt…or the state of Palestine. I am sure they’d all love to be smug enough to say “I don’t like politics.” But, they are conscious enough to know that if they don’t like politics, they’ll never have basic freedoms. They know that they still have so much work to do. And, because there is still so much to be done, they can’t sit around basking in the glory of their predecessors’ accomplishments while contributing nothing of their own.

What if the generations before us had said that? What are we missing out on by looking for “hide buttons” on Facebook to ignore the political conversations? What if we are ignoring the next internet? the next money maker? What then? I have a core belief that we must all find a part of American Politics to call our own. Maybe it is something as small as voting or something larger like volunteering with the local campaign. Or , maybe it is something as simple as helping a friend or family member register to vote.

You don’t have to like politicking, but, to be a true citizen, you must like American Politics. Or else, you hate America…and cool things…and kittens…and probably cool American kittens too.