The Music You Should Be Listening To: Dawn Richard 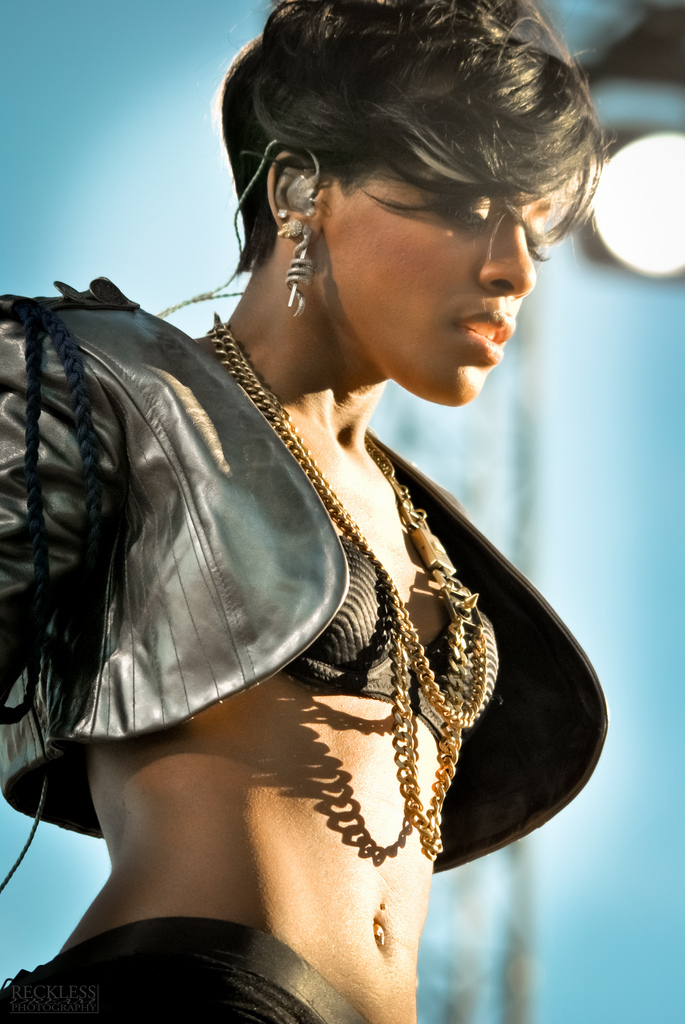 If you haven’t heard of Dawn Richard, I know you have heard of Danity Kane (or at least Dirty Money). She was a prominent member of both outfits, but she has stepped out on her own and has been spreading her wings since 2011.

Her musical story actually started way back in 2005 when her debut solo album Been A While was released (purchase here). It was led by the single “So What”, a solid R&B/Hip-Hop cut.

That same year, Dawn auditioned for Making The Band 3 and was chosen to become one-fifth of the girl group that would go on to become Danity Kane. The band crossed a range of music genres, but always with pop leanings. With Danity Kane, the group released 2 #1 platinum albums, 3 platinum singles, and 2 gold singles. They were the first female group to debut all of their albums as #1.

It was no secret that Diddy had been in love with Dawn’s voice since the beginning, and as reports surfaced that Diddy had her record demos for other artists, tension grew within the group. The group’s now legendary 2008 breakup, in which the “boss” Sean “Diddy” Combs fired 2 of the 5 members and ultimately disbanded the group, was based largely in part to rumors that Diddy was grooming Dawn for a solo career.

In 2009, Diddy joined with Dawn and singer-songwriter Kaleena to form the collective Diddy-Dirty Money. Diddy proclaimed the album to be highly experimental, claiming that he was creating his own genre of music called “train music”. If I were to sum up what “train music” means, I would say that it was a mash up of R&B, Trance, Hip-Hip, and Electronica. The group’s only album Last Train to Paris was released in 2010 and was promoted with the singles “Angels” featuring The Notorious B.I.G., “Hello Good Morning” featuring T.I., “Loving You No More” featuring Drake, “Coming Home” featuring Skylar Grey, “Your Love” featuring Trey Songz, and “Ass in the Floor” featuring Swizz Beatz. The album debuted (and peaked) at #7 on the Billboard charts.

The group didn’t officially disband until 2012, but Dawn started her solo grind in 2010. Her first release was the mixtape #ATellTaleHeart (download here). It boasted releases like “Broken Record” and “Me, Myself, and Y”.

Her followup to the mixtape was an EP named Armor On (purchase here). The EP was well received by critics and reached #28 on the R&B/Hip-Hop Albums chart. Singles included S.M.F.U. (Save Me From You), Bombs, Automatic, and Wild’N’Faith.

You can stream the entire EP below.

And now her new album GoldenHeart is due for release on October 16. She has pushed 2 singles in promotion of the album: “Pretty Wicked Things” (purchase here) and “86” (purchase here).

As displayed in the videos and music, Dawn has gradually drifted to become more experimental and artistic. She has been hard at work crafting her own, new, signature sound. I feel that Dawn has taken all of her varied experiences and melded them into this new creature that she has become. Her music is both mellow and laiden with thumping bass. She is both vulnerable and arrogant. She is severely swagged out and extremely unique.

And everything that she has accomplished has all been done through hard work. When Danity Kane fell apart, people saw Dawn as another Bad Boy artist that would gather dust on the shelf. And when Dirty Money was not as successful as expected, people thought her career was finished. But through grinding so hard for so many years, Dawn has forged her own path and built up a substantial fan base. And I for one believe that with how similar everything sounds on the radio, it is refreshing to hear something different.

WriteToLive’s Verdict: Now is the time to turn your ear to something new so you can be able to say you heard the next big thing before it blew up. If you like artists like Brandy, Mya, Keri Hilson, Melanie Fiona, Solange, or JoJo, Dawn Richard has music that you should be listening to.

Will you be purchasing the new album? Does Dawn’s sound turn you on or off?