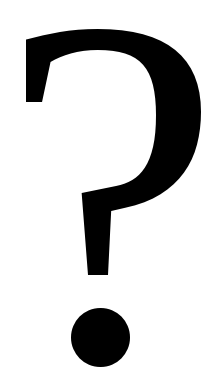 Have you ever heard someone say “Black fold don’t tip”? Or “Black folk don’t get married”? How about “Black folk don’t swim”? I’m sure that you have heard some version of the statement, but the origins of these beliefs are plentiful and, in many cases, dubious. Yet, they continue to be thrown around just the same. But have you ever engaged anyone on these notions? Have you ever wondered if any of them are true?

What is needed is an honest discussion about these notions, and that is exactly what “Black Folk Don’t …” bills itself as.

The series is both hilarious and serious all at once. The cast includes a number of “average” Black Americans as well as known figures such as Melissa Harris-Perry and Touré, so you don’t feel like a series of educators is trying to tell you what you should feel or think. It is a real deal discussion that includes both personal beliefs and anecdotes as well as hard facts, and the people interviewed for the series know their stuff because … well, because they are Black.

Take some time out of your day to view a few of the videos (they are organized into 2 seasons and can be found at these links: Season 1, Season 2). Look at these stereotypes that are passed around so baselessly and examine them in real world terms. Do you fit the stereotype? Do you know someone that fits the stereotype? Or more importantly, do you believe the stereotypes? And why?

Here are some of my favorites:

My personal belief is that stereotypes in general are lazy and inaccurate. But for the Black community, I feel that stereotypes have gone from being demoralizing and defaming to becoming quite dangerous. These caricatures of what a Black person looks like have become archetypes. And because so many Black Americans try to conform to all of the standards for what it means to be Black, these stereotypes can become barriers. How much sense does it make for someone to not go to the doctor because “Black folk don’t do that.” And Black folk don’t swim, so why would you ever want to learn? And Black folk don’t commit suicide, so we don’t ever have to worry about someone that we know and care about deciding to take their own life.

Let’s stop putting ourselves (and others) in boxes. At the end of the day, we are all individuals, and we each decide who we are and what we do. Define yourself on your own terms.

So, how does this make you feel? Are you enlightened? Offended? Intrigued?