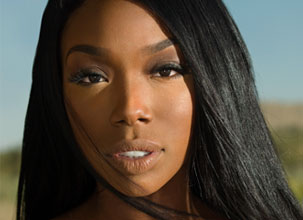 On October 16th, Brandy released her fifth studio album Two Eleven. Back in my Brandy Norwood 6.0 post I gave a preview of the album and gave my perception of what makes her a unique vocalist:

“Brandy has a timeless vocal instrument that will always have the ability to be relevant and popular. As you have probably experienced … Brandy’s voice is like vocal crack.”

I also imparted my opinions regarding her career and accomplishments:

“The key to her success has always been twofold: having the right music and keeping her content authentic.”

So now that Two Eleven has dropped, how did Brandy fare?

The best way to make that judgment is to go through the album song by song and decide if each is a hit or a miss.

This appears to be an obvious Timbaland beat. You can hear his synthesized voice on it. No Brandy vocals, but it does prepare you for the vibe Brandy sets on the album.

Her current 2nd single, Wildest Dreams is all about being grateful for the love you have in your life. Musically, it finds that balance between Brandy’s melodic abilities as well as a heavy bass line.

This is the first moment where you realize that Brandy is moving into more adult material. Though she is careful not to be too overt, it’s pretty clear what the song is about. Have you ever been with somebody that you keep taking back, no matter what they do wrong, because the love they give is too good for you to resist. Yeah, Brandy went there. And the beat knocks. And Brandy rides the beat like the veteran she is.

Brandy takes a moment to school her lover on the art of lovemaking. No need to let your excitement take over and rush through everything. Take it slow. Brandy’s vocal delivery is bananas on this one. You’ll be in your car running the song back trying to figure out how she put those runs together and if you are capable of even singing along. Definitely one of my favorites off the album.

5. No Such Thing As Too Late

Brandy slows it down a bit here and advocates not rushing into a physical relationship. Just wait until each party is ready. You can really hear her voice clearly on this one, and she also simplifies her delivery. This allows you to really appreciate Brandy’s voice for its pretty intricacies and raspy undertones. The album as a whole is light on the outright ballads, so when she goes there, it really stands out.

Even if it wasn’t signaled in the beginning of the song, it’s clear that Bangladesh put this one together. His stamp is all over it. The song  has a very simple premise: Brandy loses her mind when her lover let’s her go … so she pleads for him not to let her go. This is one that would play well on the radio. It is simple, memorable, and catchy.

I call this one a quasi-ballad, mostly because Brandy sings it like it is a ballad, even though that is not what the production points to. The lyrics are very wanting, declaring how important her lover is to her. And her voice soars on this. Like a bald eagle over the California coastline. You can tell that this song is personal to Brandy, and it’ll probably touch something personal to you.

I’m not sure if I have just heard this song so many times that its brilliance has waned to me, but I see this song as the weakest off the album. I think it has great radio appeal and you can’t go wrong with a Chris Brown assisted single to create buzz for your album (even if the only singing he does is throw away harmonies at the end of the song), but the rest of this body of work really outshines Put It Down. And the song is a hair away from not even fitting in with the rest of the songs. That being said, nobody serves up rich deep alto tones like Brandy.

Produced by Rico Love and Pierre Medor, this song takes a page from Toni Braxton and relates the importance of a lover to one’s ability to breathe. I wouldn’t call this one a standout, but Brandy can almost never go wrong with a mid-tempo tune. There is an underlying style to this album that runs through almost every track, and this song does a great job of adding to the cohesiveness of album.

Another one of my favorites off of the album, Brandy just gives you everything that you need in a single song: attitude, vocals, inventive lyrics, soul and a serious groove. This is one of those songs that has IT. Not it, but IT. The X Factor. I can’t put my finger on it, but you’ll hear it when you listen.

Brandy seems to have fallen in love with the magic in her lower register again. And on this song, Brandy takes it all the way from the lowest of her low notes to the top of her register. The content on this song is a bit heavier, inspiring people to stop being scared of the beauty that they have inside. Produced by Warryn Campbell (who coincidentally is married to one half of the gospel duo Mary Mary) and written by Frank Ocean, the song’s production is a little less urban/pop, which helps to make the album more well-rounded.

If I could pick Brandy’s next single, I would choose this song. The song is immediately catchy and highly listenable. It also has the chops to cross radio formats from Urban to Pop to Adult Contemporary. The appeal for this could be massive. Also, Brandy shows why there is only one Brandy in the game. She gives the trademark vocal delivery that she has become known for and even manages to layer her harmonies in the way that dates all the way back to her debut.

Once again, Brandy walks that fine line with adult material. And once again, she knows how to keep it classy. Brandy has to leave, but she doesn’t want her lover to be left without an extensive list of memories of her and her love. She needs the stairs, walls, kitchen counter, and chairs to all be reminders of her. It’s trademark Rico Love work, and I never imagined that Brandy’s vocals would pair so perfectly with his production. This will undoubtedly be one of your favorites off the album.

Sidenote: I heard someone on YouTube suggesting that Brandy release a remix version of this song with Drake on it, and yeah, that would be bonkers.

Now we get into the tracks off of the Deluxe version. If you are trying to decide whether to buy the deluxe or standard versions, definitely go for the deluxe. While the standard album is a strong, cohesive effort from start to finish, the bonus tracks are a nice cherry on top of the sundae.

Not much to say on this one. Danja provided his skill for this one, and it is definitely one of the “harder” tracks on the album. I see why it was only included on the deluxe version since it doesn’t necessarily fit in with the sound Brandy was creating, but its strength is undeniable.

Here Brandy proclaims her love for entity of music. On my first listen, it really sounded like Brandy just felt like doing a singer’s freestyle over a real nice, smooth beat; and Brandy is one of the singers that can get away with that. It’s got that two-step groove that basically forces you to move.

Brandy heads out of the album with another strong Bangladesh banger. Definitely more overt in the sex than the previous songs (during the chorus Brandy hums “I’ll be in the kitchen in your favorite position”), Brandy fully exploits the sultriness of her voice.

The pair to the Intro, I really treat it as a segue to restart the album. After going through this musical journey, you are definitely going to want to do it again.

Notably left off of the album is her collaboration with Monica, It All Belongs To Me. Though I can understand why it might not have made the main tracklisting (it has a bit of a different tone than the core of the album), it seems to be a crime that it is not at least on the deluxe version. I would’ve even loved if it was a “hidden” track like artists used to do. Even if the tone of the song doesn’t 100% match the rest of the album, it definitely matches in content.

WriteToLive’s Verdict: The album is a must purchase. For me, it takes me back to those teenage years when I turned my radio up and rolled the windows down. This is riding music … elevated. Though I enjoyed the album on my first listen, the album definitely grows on you, and with each spin I’ve become more and more addicted. Given Brandy’s track record, the album is a bit light on the ballads, but she is clearly moving in a new direction here. She has taken a risk, and the risk has paid off. For all of those that may have not enjoyed Brandy’s last album Human as much as I did, Two Eleven is literally as if Full Moon and Afrodisiac had a baby. You have the vocal monster that is Full Moon and the experimental brashness of Afrodisiac. And the result is another masterpiece.

Buy the album at these outlets: Amazon, iTunes

Have you heard the album? You’ve all read my opinion, now what say you Water Cooler Community?