People say you should never burn bridges but sometimes it might make sense. 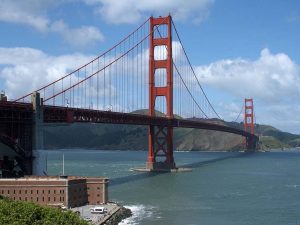 The other night while the boo was sleeping, I was feeling especially, I don’t know, sentimental. But not sentimental in a way that made me sad or angry. I was more reflective than anything else and grateful for where I am today. And, whenever one reflects on where they are, they almost inherently reflect on where they’ve been.

You know how people always say “be careful not to burn any bridges?” They suggest you not burn any of them. Like none…at all. Quite an interesting concept that is. To warn someone not to “burn” a single bridge, meaning a relationship whether platonic or otherwise, almost implies that every connection we have to one another is as fragile as a wooden structure. Like our relationships are in danger of water damage, termites, or degradation of the passing time. I have a hard time with that concept. 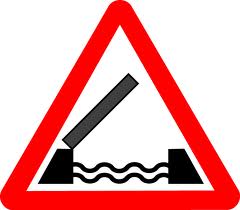 I guess I am what you would call an avid bridge burner. Once someone seems like a creeper, backbiter, liar, sneak, cheat, slanderer, etc., I cut them loose. And I cut them loose quick.

I find it easier to do so than to linger in awkwardness until neither person realizes why they’re holding on anymore. I’ve done that. A lot. And I have just decided not to do it anymore. And what’s wrong with that? Yes, I am a Christian. Yes, I still love them. I love everyone. But I don’t want to have them in my space bubble if I know they have a dagger aimed at the center of my back. I don’t want to sit and watch Steel Magnolias with them if they’ve laced my Kleenex box with cyanide. How does that make me a bad person?

It always gets me when I hear the phrase “never trust someone with no old friends.” I mean, c’mon now. Maybe we are talking about folks who used to spend their free time fishing in the local lake or rocking in a chair with hay in their mouth. But now-a-days, old friends are a thing of the past. Most of the people I know with an abundance of “old friends,” meaning they still regularly hang out with everyone they knew in grade school, can do that because they’ve not experienced the world, have lived in a bubble, or haven’t really changed much themselves.

Don’t old friends indicate old nature? Wouldn’t you have to be doing the same old stuff with the same old people to have the same old friends? Anyways, I digress. I don’t have too many old friends. I keep a small unit of g’ed up homies that I can trust no-matter-what around me at all times. And, I like it that way. No drama. No awkwardness. No hatred. And the best part, no passive aggression. You know, none of those people around who secretly envy, hate, or want to be you making you feel all weird. 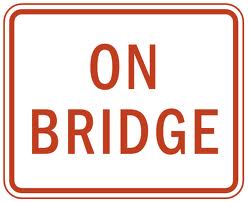 Let’s be clear here though, I am all for hanging with birds of a feather. But, my suggestion is, if you look around and everyone’s feathers look dull, bland, washed out, and tattered, you might want to up your expectations a bit.

The ones made from wood. I like to seek out bridges made of bonafide steel. I don’t want to walk on a bridge covered in hazard signs, weak rope, worn webbing, or snaggle-toothed steps like in that Indiana Jones movie with the crocodiles and crazy people in the jungle. 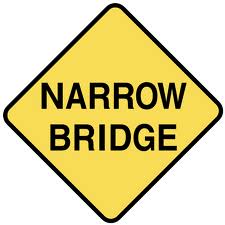 Yes, love your neighbor. Yes, treat people with respect. But love and respect yourself too. Don’t hold onto someone who isn’t holding on to you. Don’t walk toward
someone who constantly runs from you. Don’t be there alone.  Don’t build a one way bridge. Because truthfully, that isn’t a bridge at all. It is a path to your demise.

Now, you’re wondering, “how will I know when a bridge is made of wood or steel?” The truth is, sometimes, you won’t. Sometimes, the bridges that look like steel end up being spray painted when you get up close. Once you scratch the surface a little, the shiny exterior chips right off.

And sometimes, bridges that look like wood end up being copper, unbreakable, a bit tarnished, but able to stand in the face of any disaster. I say, use your spirit of discernment. Pray about it. But never, ever think that just because you’ve always walked on a bridge, you have to keep walking on it. With that belief you might find yourself firmly planted and stuck on burning bridges…