The Music You Should Be Listening To: Luke James 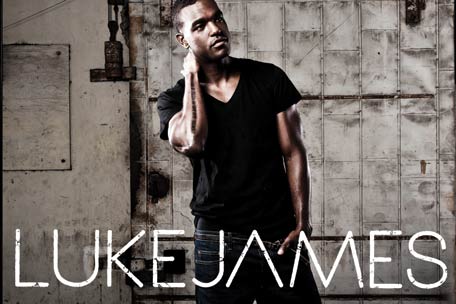 A child of New Orleans, Luke James was a born entertainer, and Donny Hathaway’s music awakened the singer inside of him. Raised on a wide range of musical tastes from Motown to Country, he’s got solid soul chops, and he has been grinding since 2001, when as a high school student, he was part of a trio that ended up opening for Brian McKnight. After graduation, he moved to L.A. and became a background singer for Tyrese. From there, he signed a recording contract with The Underdogs as part of the duo Luke and Q.

Remember the group Luke and Q? Don’t feel bad if you don’t. They released their only single, “My Turn” in 2006. Their footprint was pretty tiny, though they did build a loyal fan base. If you look them up on YouTube, you’ll find a good number of unreleased tracks. The group disbanded sometime in 2010, and since then, Luke James has been working as a songwriter alongside industry heavyweights such as Danja, Kadis and Sean, and The Messengers. But now, Luke James has stepped out from behind the boards and emerged as one of this year’s most promising R&B artists.

As many up and coming artists have started to do, Luke James started building buzz around his YouTube page. What is so nice about these artist YouTube pages is that you get insight into who the artist is as well as a chance to hear their raw talent. You can hear Luke covering Paramore’s “The Only Exception” below.

In 2011, he released his debut mixtape named #LUKE. His musical aptitude is apparent all of over this body of work. The quality of the mixtape is just as high, if not higher, than the majority of the current R&B commercial releases. It is a great intro into what Luke is about, and it truly whets your appetite for what is to come. Standouts for me are “Made to Love” and “Guilty Pleasure”. Stream the EP tracks below.

In the wake of his many efforts, Luke James was still not a known name. But his voice is undeniable. And when his first official single was released, it blew up across radio. “I Want You” features his soaring falsetto and immaculate vocal control, and its sound hearkens back to soul music’s heyday.

Luke has now released his second single, “Mo’ Betta Blues”. Inspired by the Spike Lee movie of the same name, he sings about the perils of being in love with two women, and his sincerity is palatable. You know somebody is good when you they are the cheater and they somehow manage to make you feel bad for them. Once again paired with simple production, Luke takes control of the song with his delivery. The song is understated, allowing the emotional content to penetrate your soul.

And Luke James is continuing to grow his fanbase. He was already been hand-picked by Beyoncé to open on her tour (he’s also featured in her “Run The World” video), he toured with Robin Thicke, and he recently was spotlighted as a male performer during BET’s Black Girls Rock award show alongside Eric Benet and Anthony Hamilton.

WritetoLive’s Verdict: Many people refer to the 90’s as R&B’s high point. If you really think about it, R&B music was the pop music of that decade. The radio was ruled by the likes of Janet Jackson, Lauryn Hill, Boyz II Men, Erykah Badu, D’Angelo, and SWV. And since that genre of music has fallen in popularity, many (including me) have been yearning for the 90’s magic to return. Sometimes you just want music that makes you feel good. Well, hearing Luke James do his thing gives me hope. He’s all about real singing, real artistry, and true authenticity. He has the vocal ability to run up, down, left, and right. He can wail. He can groan. He can whisper. He can murmur. But most importantly, he also knows how to use all of those abilities appropriately. Honestly, there is not enough that I can say about this artist. The music speaks for itself.

Some say he is a new age Marvin Gaye. I simply say that Luke James is the next big thing in R&B/Soul music. Catch on now so that you can say you were a fan before he was big.