Beyoncé and Other Celebrities ‘Demand a Plan’ Against Gun Violence 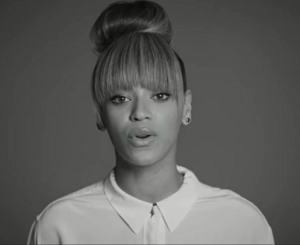 Big names in entertainment like Will Ferrell, Beyonce, Christina Applegate, Gwyneth Paltrow, Sarah Silverman, Jamie Foxx, and a host of others came together this week to demand that our leaders take a real stance against gun violence in this country. After last week’s horrifying mass murder in Newtown, CT, many have been deeply impacted by this country’s continued struggle with gun violence.

In a press conference on Friday, the National Rifle Association’s top lobbyist, Wayne LaPierre, provided a host of explanations for the recent tragedy. And, has previously said that the answer to “a bad guy with a gun is a good guy with a gun.” So, I imagine that these celebs had this vid all queued up in case the NRA continued to show little compassion for the victims of the many many gun massacres we’ve experienced over the years. And, sadly, with the lack of real movement toward control over our gun violence issues, they were compelled to call for action.

In this touching video, they make one simple declaration: it’s time. It’s time to “demand a plan.” I agree. It is way past time to discuss gun violence in this country. And, it’s about time a few important people said so. Good job folks.