Are You Watching the ‘Real Husbands of Hollywood’? 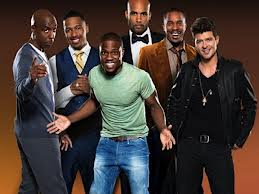 If you aren’t watching it, then you should be. “The Real Husbands of Hollywood” series on BET Tuesdays is pure hilarity at its finest. It parodies Bravo’s “Real Housewives” series that we’ve all come to know and love (or hate). Kevin Hart leads a cast of Hollywood husbands – including Robin Thicke, Boris Kodjoe, JB Smoove, Duane Martin, Nelly, Faizon Love, and Nick Cannon – which provides a half hour of raucous entertainment. The show debuted last week on January 15th and has been the talk of viral comedy since then

What started out as a spoof at the 2011 BET Awards has grown into a scripted, reality series (yes, they exist). The show biographically follows these musicians, comedians, actors, and rappers as they traverse the intricacies of living the Hollywood lifestyle. They deal with issues surrounding fame and fortune, dating, what can only be described as ‘Kevin-Hart-ness’ and other antics as they form a manly bond of friendship with one another. 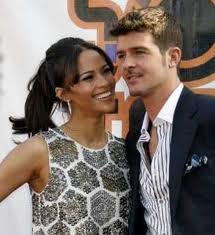 The original spoof included the likes of Samuel L. Jackson and Bobby Brown. And, while these two are not on the show’s current roster, there are hopes that they will join the cast at some point during the season. Could the show stand to have more star power? Certainly. But, we like it right where it is. Surprisingly, a stand out personality in the show last week was Robin Thicke. The husband of actress Paula Patton, son of Alan Thicke, and Grammy winning singer oozed television readiness and great onscreen presence.

This exclusive clip gives you a taste of the type of humor the show provides.

Yes, Kevin Hart carries the show but was did you expect? His over-the-top humor has had us all rolling since Soul Plane. And, we expect that it will only continue with this series. Hart is a seasoned comedian turned actor who has toured all over the country making sold out theaters crack up night after night. So, this show could aptly be called “Kevin Hart and Them” and still capture the general essence of the content. That may change as the series progresses. Either way, this show is destined for greatness.

Here are a couple of other clips just to tease your palette.

Do you plan on watching the show? If you watched it last week, what were your thoughts?