Anti-Black Sentiment on the Rise? Why Immigration Reform is Not Enough

Last week, President Obama addressed a major wedge issue he campaigned on: immigration reform. He laid out a clear path to citizenship for those who are in the country illegally and pay taxes, have clear criminal background checks and can learn to speak English.

And, though he attempted to deal with this issue in his first term, he assured audience members and the American public at-large that he meant business this time. He simply said, “this time, action must follow…we’ve been debating this a very long time.” 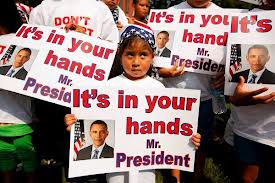 Many have praised Obama for his efforts to extend citizenship to folks that have been in the country and paid their dues. And, Latino Americans have been amongst those offering the President accolades for his desire to eradicate the inconsistencies in immigration policy.

But, an important feature of President Obama’s reform efforts is the clear push to punish criminal activities amongst illegal immigrants currently living in this country. Many times, these criminal activities occur via gang violence and gang motivated killings.

Los Angeles has always been a hot spot for gangs. But, with the higher concentration of Latino gangs in the county, President Obama’s efforts might do some good. But, is it enough to curb the crime? 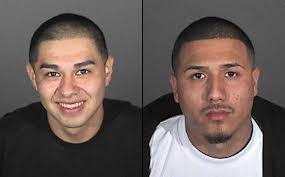 Recently, three Latino men were arrested in connection with acts of violence and intimidation on a black family in Compton, CA. Jeffrey Aguilar (19), Efren MArquez (21), and another teenaged male are suspects the attacks. The young men allegedly stalked one of the male family members on his walk home. They then identified themselves as members of a street gang and told the young man that his family was not welcome in the predominantly Latino neighborhood because they were black. They then began beating the male family member and threatened to shoot him, pointing a gun at him.

When the young man ran home, he was followed. About 15 to 20 gang members allegedly surrounded the front of the home yelling racial insults at the family. They reportedly threw a beer bottle through the front window and were armed during the ordeal. This family has suffered intimidation since they moved into the neighborhood. Once predominantly black, Compton is now mostly Hispanic. And, the wave of anti-black sentiment stems mainly from gang presence in the city. The victims in this case have no gang affiliation whatsoever and appear to have been targeted solely because of their skin color.

The family is now in the process of moving out of the neighborhood.

It Happens in Orange County Too

First, their front window was shattered when someone threw rocks through it. And, later, all eight tires on their cars were slashed. They thought that this was some type of random juvenile activity so they filed a police report and remained in the home.

Later, their six-year-old and young adult sons were excluded and called the n-word by others in the community.

It wasn’t until the father had acid pellets shot at him, which damaged his vehicle, that they felt personally threatened enough to move from their home. One can only assume that the folks responsible for the terrorizing acts against this family were of non-black decent. And, the bullying of the children from the community was likely at the hands of other non-black residents. But, it is highly unlikely that Latino gangs were responsible for this type of terror.

Surprisingly, even with some of the most diverse cities and liberal political leaders in the country, California still has a record number of hate groups. And, it is apparent that much of the hate in Southern California is targeted at black people. This is not to say that other groups don’t face hate within the state’s borders. But, these notable offenses seem to be pointing to a theme of hatred towards black people which is out of character for the region.