Okay, so, you have probably heard the name “Lil Wayne” before. If you haven’t, he is this guy. 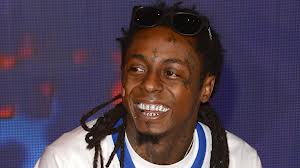 He is a rapper and has been in the “rap game” for over a decade. Though a pretty petite dude, he probably has like a thousand tattoos, several baby mamas, and a platinum grill just to make sure you won’t take him seriously. And, in the past few weeks, he has been literally pissing everyone off in the media, politics, and public at-large. Let’s see what this loser has been up to…

A few weeks ago, this genius thought it prudent to release a song called “Karate Chop” (the remix). And, in the song, he used a lyric addressing a sexual act with a woman where he lovingly noted that he would “Beat that p—-y up like Emmett Till.” Calm down ladies, I know he’s a charmer. But, shortly after the “unofficial” release, Epic Records pulled the controversial lyric from the song. 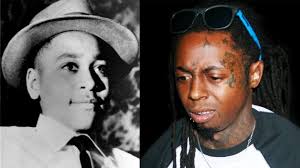 If you are wondering exactly who Emmett Till was, he was a black teen visiting family in Mississippi back in 1955. When he supposedly flirted with a white woman, two men, including the woman’s husband, brutally beat him to death, gouged out his eyes, and shot him in the head before tying a cotton gin fan to his body with barbed wire and dropping him to the bottom of the Tallahatchie River. The two were later acquitted of any wrongdoing by an all white jury.

Now, some have said that Wayne has an obvious ignorance problem or that his words would make the KKK proud. I simply say, this guy is an out and out loser. And, while those other things are probably true, why would we expect anything else out of a tatted up, poor example of a human being like Wayne? Misogyny is his brand. So, while I would never want my lady parts compared to Emmett Till’s gruesome murder, that has obviously worked for him thus far. Why change the formula now?

Once again, in his quest to disrespect every single woman who walks the face of the Earth, Wayne decided to popularize his purported sexual exploits with NBA Star and Miami Heat player Chris Bosh’s wife, Adrienne Williams. Do we really care who Lil Wayne swaps bodily fliuds with? No, not really. Actually, I pity anyone ever having been in that situation. I mean really, how do you even find yourself in that place? It has to be a sad sad lowly place only reserved for the heartbroken and bewildered with life. Anyways, I digress.

But, the little guy, during All-Star Weekend, basically led an audience of likely losers in chants of profanity against the ENTIRE NBA because he was mad at them or something? He was mad at Lebron James, Dwayne Wade, Chris Bosh, and the whole entire NBA. And, he claimed he had sex with Chris Bosh’s wife just to prove how mad he was. He wanted to take the beef to the “f—–g streets.” Cause you know, that is where this gutter snipe is from.

Luckily, Wayne took some of what he said back. The part about Lebron James, well , he recanted because they are actually friends. But, everything else he is still cool with saying. But, now, Trick Daddy, Uncle Luke, and Pitbull , of all people, have come out with beef against Lil Wayne who has called Miami his home for the past few years. And the loser beat goes on, right?

What I don’t understand is why these fans are still paying attention to and glorifying this loser? How childish is this? He has like four or five kids and this is his modus operandi? Wow, just wow. Loser. 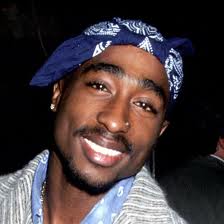 Yes, he’s wrong again. And, I think we all know that. Tupac Shakur revolutionized rap in the nineties boasting humble beginnings and cult-like followings amongst listeners of all backgrounds. The New York City native who called Cali home for some time was a proverbial rap icon influencing rappers for generations to come.

He was engaged in a nationwide turf war that pitted east versus west coast and cost both he and prolific rapper Biggie Smalls, the Notorious BIG, their lives. Shakur was shot down in a drive-by shooting in September of 1996.

Honestly, I think Tupac would be rolling in his grave at the comparison. Lil Wayne’s lyrics have nearly no substance. Well, they just don’t have any substance at all. And, I don’t actually recall him trying to make an effort there.

Oddly enough, even nontraditional rap listeners like Senator Marco Rubio have argued against Lil Wayne’s claims. He stated simply, ” Lil Wayne ain’t no Tupac.” I am sure we all agree. And, when a staunch Republican comes out against your rap status claims, you should really just throw in the towel.

In all, I am hoping that all this negative press is a signal that Weezy is on his way out. Hopefully his grotesque lyrics and degradation of…well…everyone will start to leave a stale taste in everyone’s mouths. He really is a loser. But, he is just so great at it. I am not going to knock his hustle. But, honestly, sometimes the means just do not justify the ends.

What do you think about Lil Wayne? Like him? Hate him? Sound off in the comments below.