“Nigger-Rigging”, Integrated Proms, “Accidental Racist” and Jamie Foxx: A Brief Statement on Why Racists Will Never Go Away

File this post away in your “Whiskey Tango Foxtrot” folder. We have statesman using the term “nigger-rigging” in official state meetings, students fighting for integrated proms, Brad Paisley and LL Cool J recording an asinine song called “Accidental Racist,” and, most recently, Jamie Foxx being labeled a “nigger liberal” by Twitter crazies upset at him for wearing a t-shirt with Trayvon Martin and Newtown victims on it. What is the world coming to? I am both convinced and dismayed that I will never have nothing to talk about. Race will never stop being an issue in this country. And racists surely seem like there are here to stay. 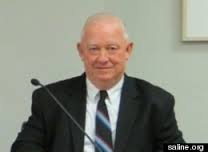 Last week, we heard about a lovely Republican County Commissioner in Saline County, Kansas who thought the term “nigger-rigging” was both a comical and appropriate way to describe poorly executed construction work. Not only that, he backed up his words by describing the term “nigger-rigging” as “afro-American.” Because, you know, those two words are synonymous. To add, when the statesman’s integrity was questioned, he explained that he couldn’t be racist because he had a Black friend. Queue the seven hundred thousand tiny violin orchestra for this man’s damaged ego. Since when does ONE black friend make you non-racist? Do racists just keep one in case they are ever asked if they are racist? Is it like the extra condom you keep in your wallet just in case? I mean really.

This man is an official representative for someone. And, when he made the initial comments, he received laughter and acknowledgement from his peers. No one admonished him for the term. Do you know why? Because the people in that room AGREED that Black people or “niggers” as they so affectionately termed us all, actually were less capable of providing quality work. They laughed because they were thinking the same thing. It is acceptable in some circles in this country to use these types of terms because in an enclave of racists, who’s going to be the guy or gal to say “hey, that’s not nice”? Lesson 1: Racists will never go away because they are like roaches, they have friends, and they multiply. 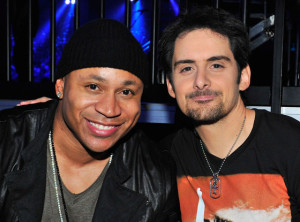 Also last week, Brad Paisley and LL Cool J attempted to end ALL racial contention between Blacks and Whites via a song called “Accidental Racist.” In the song, Paisley sang about how he wears the confederate flag, a symbol of racism, because he loves the South. Because, you know, there are no other southern symbols one can wear. Then, LL Cool J, in true ignorant fashion, explained that he would “forget the iron chains” if his White counterpart would simply forget the gold chains…Yes. That is all it takes folks. But, beyond the ridiculous lyrics, there was a much more dubious message in the song that bothered me. It was the “we didn’t do it so let it go” message. It isn’t current White people’s faults that their ancestors were so mean, so they are free and clear, right?

Well, no. How many White people are out there freedom-fighting for causes which affect Black communities or other communities of color? Better yet, how many White folks CHOOSE to live in Black neighborhoods? How many White folks go to Capitol Hill each year to lobby Congress for equal rights for the races? Precisely. Not having been slavers does not release you from culpability in the plight of the ex-enslaved. Standing idly by watching generations in poverty and distress does not clear your racial slate. The “I didn’t do it!” defense does nothing to further race dialogue in this country. Yet, many White folks continue to summon this trope at the mere sight of racial tension.

If a young man was hit by a car and twenty cars drove by without calling the police, would that make them the aggressor? Certainly not. But, that would make them callous and cruel. They would in essence be saying “I didn’t do it, so I am not responsible,”  thereby distancing themselves from the young man’s plight. Bigotry works the same way. Only showing concern or respect for your own racial stratum only distances you from others. Lesson 2: Bigotry is just racism without a cause. Once ignited, bigots are prime candidates to become racists of tomorrow.

Recently, a story from Wilcox County, Georgia made headlines as some high schools in the South are still struggling to have integrated – yes, you read that correctly – integrated proms and dances. What does that mean exactly? It means that, in a country where formal slavery has been banned for over a century and where legal segregation was outlawed nationally almost seven decades ago, high school students STILL dress up to go to school dances where the accommodations are separated by race. Private proms are organized by parents to keep Black and White students away from each other on prom night. True story, no chaser.

Many folks responded that this practice of separate but equal dances was just “tradition.” They had always had segregated proms so they just never changed the practice. Also, when these students fought to have their proms integrated, some White parents kept their kids away from the new prom. Let’s be clear here, these students knew one another personally, played sports together, ate lunch together, and hung out at the same malls. But, their parents CHOSE to separate them on prom night. Lesson 3: Racists will ALWAYS have tradition on their side. 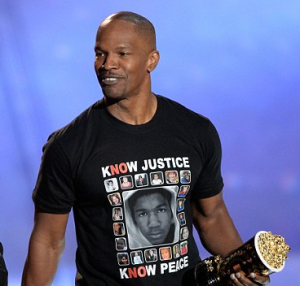 Now, this past Sunday, Jamie Foxx wore a seemingly harmless t-shirt to the MTV movie awards. With the increased visibility on gun violence, one would think that a shirt about Newtown victims and Trayvon Martin would be seen as an innocuous attempt at social commentary. Instead, his shirt spurred a slew of hateful responses from Twitter. Jamie Foxx was called a “stupid nigger liberal,” an “idiot,” and simply “pathetic.” But, the most slanderous insults were saved for the deceased teen, Trayvon Martin. He was called a “dead nigger criminal,” a nigger car thief, and a thug. Some of the tweets said that Martin got what he deserved.

The issue here is less about these people’s opinions about Foxx or Martin. There really is no need to vet that type of stupidity. But, can you sense the vitriol and hatred for these two men? Some were offended that Martin would be pictured on a t-shirt with the innocent children of Newtown. Because Martin wasn’t also a child victim? And, some believed that Martin’s death was warranted…But, the most disturbing aspect of the responses is the racially charged animus and hatred for Black people. Foxx’s shirt was advocating for ALL victims of gun violence. But, the hatred was only toward Blacks. In essence, these folks assume that ANY mention of Black victims is bigoted or racist.

Based on these standards, this post would make me a racist. I mean, I say some harsh things about White folks. And, I am speaking out for Blacks. Isn’t that all you really need to be a bigot or a racist or a reverse-racist or something like that? The key difference is, I don’t hate White people. I don’t hate anyone. In actuality, I love everyone.Let’s be clear here, not ALL White people suffer from these issues of racial prejudice and hatred. And, there are certainly racists and bigots in every race, nationality, or community.

But, my motivation is a better America. It is an America that is united not divided. It is an America where everyone can feel equally as safe in their homes or neighborhoods as the next person. It is an America where equal work garners equal pay. But, it is not this America I live in today. And, that is the most disappointing aspect of this post. Lesson 4: Racists hate EVERYONE who isn’t just like them, so, until we all leave, the hate will continue.

Well, all these conditions taken together give you a nice healthy petri dish primed for thriving racism. And, sadly, here in America, we have got all those things.

American racists are like Type 2 diabetes. They are our number one export. They are home-grown. We keep feeding them. We change our lives for them. We act as if we are powerless against them. But, we never realize that they are totally under our control. If we just had the courage to do something about them, they’d die off or disappear. Let’s get courageous America. Because, frankly, we look foolish right now.