Recently, I watched the Season 5 finale of Real Housewives of Atlanta. And, while I understand that this show has been referred to as trash, ratchet, garbage, etc. by most folks, I must admit, I still find the characters amusing and intriguing. In my previous post about Porsha, the newlywed turned divorcee in one season, I talked specifically about marriage. But this time, I think it is worthwhile to analyze the relationships between the women and the men on the show. Is the show ratchet? Yes, it certainly is. But, what disturbed me most wasn’t the ratchet nature of the women, but the ratchet, gutter-snipe nature of the men throughout the season. 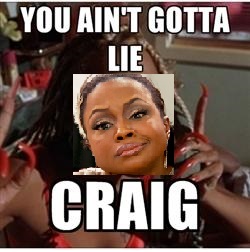 While watching the finale, I felt a host of emotions. To begin, I was frustrated with Phaedra for presenting herself disingenuously as a “Southern belle” and preacher’s kid who can do no wrong. She continues to don that trope but never actually lives up to it. From lying about when her child was conceived to misleading folks about the authenticity of her hair to flat out deflecting when anyone addresses her about her disrespectful nature, Phaedra has certainly proven that a Southern Belle she is not. But, what I found most disgusting about Phaedra this season was her overly sexualized nature in the presence of a beautiful woman, Kenya Moore. This brings me to my first point.

Phaedra is a habitual liar. She was caught lying about the due date and conception date of her son to conceal the fact that he was conceived out of wedlock. But this year, we got to see her tense and threatened nature when Kenya Moore set foot in the room with Phaedra’s beloved Apollo. Kenya’s thirstiness seemed extremely off-putting to everyone. But, Phaedra’s failed attempts to compete with the previous Miss USA was sad to watch. Not only that, she seemed so upset by Kenya’s flirting that her anger manifested itself in their professional agreement on Phaedra’s “Donkey Booty” video.

But, where was the kind camaraderie in the group to sit Kenya down and have an adult conversation about the behavior? The truth is that Phaedra felt like Kenya was coming for her. And, instead of being a grown-up, she walked around for an entire season slandering Kenya, dressing foolishly, and never really addressing the true issue.

Far too often, women react in this way toward one another. Unwilling to admit that someone has hurt them or betrayed them, they would rather lash out and lie to themselves about the emotions they are feeling. Whether or not Kenya should have flirted with Apollo is neither here nor there. But once the breach of trust happened, these women’s first response should never have been a repetitive cat fight resulting in a season of embarrassment. 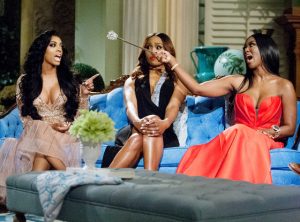 This wasn’t a lesson I needed RHOA to teach me. In fact, I learned this lesson way back in elementary school. But, to have this walking case study of Black women’s co-hatred on my television screen beating me over the head with a fact of life that I am, frankly, ashamed of, seemed a bit much.

This entire season was based on who said what about whose man and who texted who or left a voice message about so and so. We saw Porsha befriend Kenya only for Kenya to turn into a rabid dog when Porsha mistook her for Miss America. We saw Phaedra befriend Kenya until Kenya’s sexual innuendos threatened her relationship with Apollo. We saw Kim Zolciak (thank God she got fired) walk around stealing baby names and criticizing Kandi’s new home out of spite. We saw Kenya kicking Porsha out of a party cause she didn’t dress like a hoe. I mean really. Anyone else embarrassed here?

How long will women, specifically Black women, allow this to be the narrative for our social lives? How long will we continue to embody ratchet-ness like it’s a sign of pride? I mean really. These women acted so pettily and small while folks all over the world looked on in wonderment. It makes you wonder how these women function in their off-screen lives.

Truthfully, I am not going to sit here and be the proverbial pot calling the kettle black. I haven’t always gotten along with EVERY SINGLE person I have come into contact with. But, at some point, you have to learn to just let stuff go. One of the most important lessons my mother ever taught me was simply, “People are going to talk about you. Who cares?” In my teenage years, I would get so bent out of shape about what the other girls had to say about me. I would try and change myself to make them have less to talk about. But guess what? It didn’t help. Why? Because haters are going to hate. It’s their job.

RHOA is a lesson in what NOT to do with your Black sisters. It is a lesson in how NOT to behave. And, after seeing how foolish they looked, it really makes me sad thinking about how many of us have looked just as foolish at some time or another.

3. Since when is it okay for grown men to verbally abuse women on national television?

My last point is a simple one: was anyone else concerned by the way Peter, Greg, and Apollo were speaking to and of Kenya? What kind of man calls himself a man and can talk to a woman like she is a dog? I don’t care what people think about her; since when do we, as women, find it even remotely attractive to date or marry a man who has no respect for other women?

You know who was a man that day? Todd. He sat behind his woman Kandi, held her down, and supported her because he knew the show wasn’t about him. When asked about the show, he simply reiterated his respect and admiration for his fiancé. He lifted her up and didn’t say a word about the other women on the panel. HE acted like a man.

Now, does Kenya seem a little loopy sometimes? Of course. I am sure most women have their moments. But I was extremely disappointed watching Nene, Phaedra, and Cynthia laugh as their husbands belittled Kenya on television. It harkened back to the days when certain women, Jezebels, were targeted by men to shame them. And while Kenya handled as she usually would, by twirling and being “Gone with the Wind fabulous,” it was clear to me that it hurt her that there was no one to have her back. 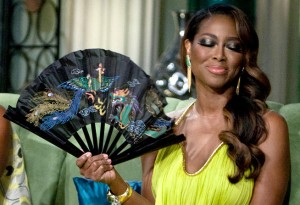 Kenya fans away her haters

Villainizing folks is a popular thing to do in this country. We do it to folks of different persuasions, orientations, religious backgrounds, and nationalities. But to me, is it most disheartening how Black men and women villainize one another. And, not only that, they normalize the behavior by shaming the “villain” into thinking they somehow deserve the treatment.

In the end, I will likely continue to watch the show. I am hoping that Phaedra will exit stage left soon to avoid some of the frivolous embarrassment. But Nene is to die for, so I can’t stop watching her.

What I will say in closing is this simple thing: If fame or fortune requires hatred, maliciousness, or intentional mean girl type activity, I will stay broke and happy.