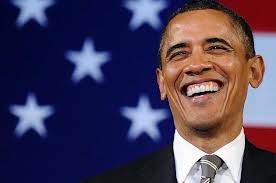 Politics this week might have seemed like a blur. Well, that’s because this week was composed of what I refer to as politicking not politics. There were pretend scandals and accusations thrown from turf to turf all the while several pieces of legislation were overlooked by most people in the general public. So, to clear up some of the murk for you, here is your political week in review.

Republicans in the House and Senate continue to demand answers to the botched talking points after the senseless acts of terror in Benghazi, Libya back in September. The attacks on the United States consulate resulted in the deaths of Ambassador John Christopher Stevens and three other American agents working in the region. Shockingly, the Reps have deemed this pretend scandal as some sort of cover up from the President Obama and the Democratic Party. They have implicitly asserted that the actions of the President’s cabinet and administration in the days after Benghazi denote a calculated effort to sway the opinion of voters being that it occurred so closely to the November elections.

After questioning just about everyone in DC, there still have been no major findings on Benghazi. You may remember back in January when Secretary Hillary Clinton testified before House Republicans who somehow believed she had answers to Benghazi-gate. Many political commentators hypothesize that Republican efforts on this issue have something to do with Clinton’s potential run for President in 2016. Here she is setting them straight.

Yet, the beat goes on…

IRS Versus the Tea Party

A really fun saga which promises never to end is the claim from tea party Republicans that their nonprofit fundraising coalitions were targeted by the IRS last year. According to these groups, several organizations who requested special recognition and treatment from the federal government were unfairly and inequitably scrutinized by IRS officials. In requesting special dispensation for tax provisions, tea party groups were delayed longer than they would have liked. And that, my friends, is the entire scandal. 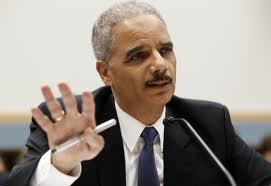 Just like Benghazi, Republicans have decided that these acts could potentially go all the way to the White House.  Because, you know, President Obama would have lost the election if those couple of tea party groups had received a letter from the IRS in two months instead of six.

And each of these issues has been deemed “Watergate” level by the Republican Party.Meanwhile, the Justice Department seized records from the Associated Press raising questions about government overreach.

Can you say losers? I mean really. None of these issues is an actual scandal. Working backward very clearly shows that information trickles in and out of DC through many channels. A botched explanation on Benghazi does not a scandal make. Plus, it was Republicans who cut funding requested to fortify the consulate with more security a year earlier. So, who exactly is to blame when the facility is overrun and attacked?

Now, with the IRS “scandal”, this seems more like a political play than anything else. Have these people forgotten that George W. Bush actually did use the IRS to try and quiet groups, like the NAACP, who were in disagreement with him?

But, there were fireworks everywhere when questions emerged about the role of the Justice Department in all the IRS and AP scandals. My favorite part of the House Judiciary Committee investigation was when Rep. Darrell Issa (R-CA) attempted to undermine Attorney General Eric Holder’s authority only to have Holder completely annihilate Issa’s character.

Meanwhile, while the airwaves have been overrun with news of faux scandals, actual political issues have been popping up all over the place. Here is just a brief summary of a few.

The sequestration continues to rear its ugly head as it has been estimated that 750,000 jobs will be cut this year. Republicans would prefer not to discuss that since it makes them pretty much look like crap for letting the sequester happen in the first place.

Also a part of the sequester, 600,000 women and children will be taken off of food assistance programs in the coming months. So, it is extremely convenient that Republicans continue to avoid these bread and butter issues.

Sex Abuse in the Military

Remember how the Republicans said that President Obama was ratcheting up the debt leading the American people straight to more problems? Well, they were wrong. News broke this week that the national debt will end up $200 billion lower than previously projected. And, it is projected to be the lowest it has been in the past 5 years. This is definitely a triumph for President Obama’s policies. However, such an achievement has had little oxygen with the fake scandals permeating every major media outlet.

In all, these issues prove one thing: Republicans will stop at nothing to create a human glob obstacle in front of the President at every step he takes. No matter the issue, no matter the consequence, they are willing to compromise their responsibility to the American public to see the President fail. From faux scandals to hidden agendas, these folks are pretty darn serious about EVERYTHING being the President’s “Waterloo”. And, they are counting on the American public’s short memory to help them in this endeavor.

Let’s hope that this time, all the iPads, Androids, and Crackberries help us get our political selves together and hold these guys responsible for the shenanigans in DC.