Google’s New Tech Has Its Eyes Set on Toppling Apple 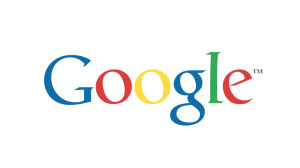 On May 15th, Google held its sixth annual conference for software developers. And in my eyes, this event is Google’s method for proclaiming the many ways in which it will continue to take over the world.

And when you think about it, Google’s dominance is starting to get a bit scary. It’s Android operating software has gone from being activated on 100 million devices in 2011 to over 900 million devices worldwide now. Android devices are steadily gaining ground on Apple. It’s built-in Google Apps (though highly reliable and continuously improving) are really a perfect means for capitalizing on additional revenue streams. And in the last week, its market value has crossed $300 billion.

Though the bulk of the presentation was aimed at features to assist software developers, it doesn’t take much thought to see how Google is planting seeds for world domination. Offerings included tools to monitor what users are doing (like walking), sync of actions across multiple devices for apps like Facebook and games, and correct sizing issues for different screen sizes. The Google Play store will start to make app recommendations based on the type of device you are using. Sounds a bit like SkyNet to me.

One of the more attractive features on the horizon is “All Access“, a music streaming service for Android users that will allow streaming for a monthly fee. Think of it like Google’s own version of Pandora or Spotify. Launching on May 22nd, the cost will be $9.99 after a 30 day free trial.

And Google is looking to become ubiquitous in the life of your children too. Google Play for Education, launching this fall, will allow teachers to distribute an app to hundreds of tablets with one click. As Google works to get their tablets into schools, just imagine the teaching implications there. It’s pretty much boundless.

There is also a renewed focus on Google+. They will be adding 41 new features in the near future, seemingly positioning itself right in-between Facebook and Twitter. There will be dynamic use of hashtags (something currently used only by Twitter) and the integration of some of Google’s other services into Google+. If you are a heavy Google Chat user like I am, you probably already saw that it has been lumped into the existing Google Hangouts feature in Google+. Smart move for trying to capture more users. 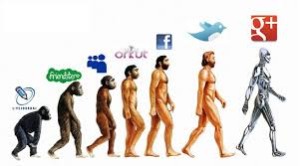 The features will abound when it comes to pictures in Google+ also. Upload a set of pictures, and Google will call out the ones that are blurry or has people not smiling. Factor in that Google already has a means for detecting who might be a family member or friend, and it can tell which pics might be more important than others. Quality not up to snuff? Now they’ll get cleaned up for free. No more need for Photoshop.

Oh, and have you heard anything about Google Now? It’s the new service where you basically offer your life to Google to run for you. OK, I might be embellishing a bit, but you get the gist. And Google decided that wasn’t far enough. Now anyone using Google Chrome will get more “personal” search results. Ask about your gate number or restaurant reservation, and your search results will display your own personal information. Just another way Google is shoehorning itself into your personal life.

This may all sound a bit snarky and tough on Google, and I do love how innovative Google continues to be in the world of technology. I just question where you draw the line. When it is too much? When is too much of your life tied up in a computer? Will there come a time where privacy is a thing of the past?

What do you think about all of these developments? Genius? Inspired? Scary as hell? Join the conversation in the comments section below!