There has been talk of adapting the Halo video game into live action content for years. From feature films to television, fans have been waiting for something to materialize. But other than the live-action shorts produced through Machinima last year, everything has seemed to fall by the wayside. But now, a television series will finally see the light if day. 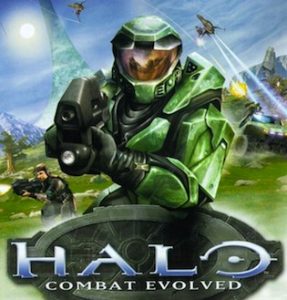 On May 21st, Microsoft announced its new console, the XBox One. You can check out everything else that the forthcoming console will have to offer here, but one of the most intriguing is the possibilities of integrating television and streaming video. And that appears to be the goal of the forthcoming Halo live-action series. Add in rumors of the next title in the Halo series, Halo 5, to be released for XBox One, and you’ve got the gamers all in a tizzy.

Oh, and it’s being produced by none other than STEVEN SPIELBERG.

“For me, the Halo universe is an amazing opportunity to be at that intersection where technology and myth-making meet,” Spielberg said.

Truth be told, the Halo universe has been prime for expansion since the start. From it wildly successful trilogy of games (plus spin-offs), the series was officially ended with Halo 3. But still, clamoring fans pushed and succeeded at getting the developers to delve into the universe once more, starting a new trilogy of games that began with 2012’s Halo 4.

The only potential pitfall I can see here is producing too much content or making everything dependent on something else. Everyone wants to be able to fully enjoy their experience, whether they play on XBox Live, watch the live-action shows, or just play the campaign. It has already been confirmed that an internet connection will be required for Halo 5. Maybe that is asking too much of those outside of the hardcore gamer base?

Either way, something tells me that the ginormous fan base that the Halo series has almost makes failing impossible. And I, for one, can’t wait to see what Microsoft and 343 Industries bring to the table this time.

Juiced for the XBox One and Halo initiatives? Think it is a bit of overkill? Let us know what you think in the comments!