The Beyonce Booty Tootch Heard ‘Round the World 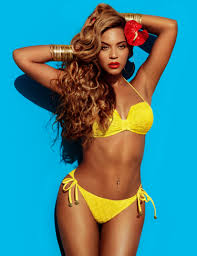 Okay, so let me start by saying that I thought for a long time about how I wanted to write this post. In essence, this week, a crazed fan, who obviously wanted Jay-Z’s minions to kill him, reached up, and smacked Beyonce aka Mrs. Carter on the behind during a performance of “Irreplaceable” in Copenhagen, Denmark (video below). She promptly and professionally handled it but, the incident seemed to miss most news outlets other than hitting the reel of Bey updates.

Well, for me, it was a little deeper. Because,  a) I am not surprised this idiot hit her butt, and b) the booty tootching that jumped off does make me slightly uncomfortable. These reactions might seem in discord with one another but let me explain why.

Why am I not surprised that a male fan smacked Bey’s bottom? Well, because she is gorgeous and she uses her bottom for more than just sitting. This ravishing young lady has coined many a dance move around her hind parts and even got a word added to the dictionary about it, “bootylicious.” Now, do we have a horrible tradition in this country and globally of conspicuous misogynies, outright gender bias, and objectification of women? Yes, indeed we do. Do we also see this increased in the hip hop and R&B culture? Of course (enter stage left Nikki Minaj’s butt-inspired performance at last week’s Billboard awards).

But, I mean what would we expect from the likes of Gutter Snipe Minaj?

Why is This Really an Issue?

Mainly, the ish is just rude. But, there is something a bit more insidious about this issue with Bey’s behind. This guy was a COMPLETE stranger. I mean, he was just a random guy in an audience. Had one of Bey’s dancers done this, it would have been fodder for the effect on-stage. But, this perfect stranger obviously felt comfortable enough to touch a private personal body-part on a 31-year-old, married mother who owns half of the universe. I mean really? Wow random guy. To me, this is much deeper than rape culture. It seems more like sexual entitlement. Somehow, Bey’s figure, physique, or intoxicating nature gave this guy not only just cause to violate her space but offered him some type of inalienable right which he was more than happy to oblige. That my friends, is where I have a major problem.

At some point, these little boys calling themselves men while physically assaulting other people need to be dealt with and harshly. Beyonce, in this case, threatened to have the guy removed from the venue. Why she didn’t actually do it, I am not sure. I, personally, would have let my entourage do it and see what happened on the news the next day. I understand having a love for fans and crazies but this type of behavior makes stars like Beyonce less human and more object. And, as women, particularly black women, in the limelight assume or get thrown into roles which change them from human beings into objects for personal gratification, women in the larger public sphere will continue to struggle with issues like equal pay for equal work, respect from men, and denying sexual advances in unwanted situations.

I know I made a big leap there, but just think about it. If Beyonce and Kerry Washington (aka Olivia Pope on ABC’s Scandal) assume or are thrust into roles where their characters are primarily identified as sex objects, normal old folks like us really have a steeper uphill battle to climb. I would like to see Beyonce come out and say something in response to the event. I would love to see a public admonishment from her rather than just from the blogosphere. I would love for Washington to come out and discuss notions of the Jezebel with respect to her hit role on Scandal. I would really love to see a public discussion about balancing stardom with sexuality.

Truth is, men don’t have to have this conversation because they aren’t the victims of rape culture. But, I do think this booty tootch debacle draws further attention to the need for women to stand up and be counted when it comes to their privacy, sexuality, and personal space.