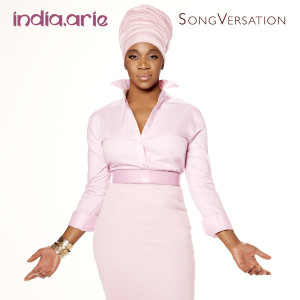 India Arie has been away from the music scene for a while, so with the release of her new single “Cocoa Butter” and the announcement of her new album SongVersation (due June 25th), fans are giddy with joy. The world has gone far too long without her honey rich vocals and chicken soup for the soul message.

And now we have the official video treatment for the single.

Watch as she acts out the progression of her emotion, from anger and frustration to comfort and joy, all through the affection, care, and attention provided by her mate. Shot through flowing sheets in a room, Ms. Arie shows her knack for finding the beauty in simplicity.

And she doesn’t compromise on herself, opting to don her trademark simple long dress and head wrap. The video wraps with India’s own freestyle contemporary dance, proving she is a real artist at heart. She does as she wishes and remains true to herself. And just seeing that in someone always feels good.

What do you think of the video? Share your own review in the comments section below!