Maybe We Should Rage Against White-on-White Crime Too 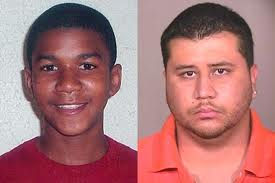 But, when is the last time you heard a story about a white woman being raped by a black man? Or, a white pedophile preying on black children? Or, a kidnapped white girl suffering victimization by a black assailant? Haven’t really heard about it? Well, that’s because criminality is a product of environment. Folks who commit crimes against other people typically do it to people they know or live near. This means, since many neighborhoods in this country are still segregated to some degree, white-on-white crime is just as serious an issue as black-on-black crime or Asian-on-Asian crime or driving while using a cell phone or smoking cigarettes or pretty much every bad thing that happens in the real world.

Whites commit vicious crimes too and they do it in their own communities. So, shouldn’t we speak out against white-on-white crime too? 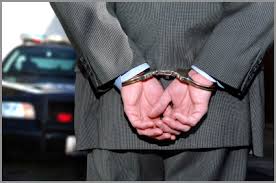 Yes, I am being facetious. I don’t advocate that we cast a spotlight on any version, derivation, or facet of crime as if it were worse or more dangerous than another. I firmly believe that all crime is terrible. But, what of the media’s infatuation with black-on-black crime? And, what of the high statistics supporting the appearance of white-on-white crime? According to the US Justice Department, 84 percent of whites who are killed happen to be killed by other whites. Blacks, similarly, murder their own about 93 percent of the time. I am just not seeing how the 9 percent difference is so much more egregious.

Also, given the fact that whites are the majority in this country and greatly outnumber blacks, their 84 percent is actually more people killed than the 94 percent in the black community. Crazy right? Ready to step out into the streets and fight white-on-white crime? To develop this further, the white community still suffers from higher numbers of homicides of children under the age of 5, intimate offenses, and familial murders. This means, you have a better chance of avoiding victimization by running from a white person you know than from a black person you don’t know. I know this information messes with your own cognitive dissonance (your connection between real-life truths and your own expectations) but it is true nonetheless.

Whites still own the market on crime. Though blacks follow them, it is by less than 50% with assaults, drug abuse, forcible rape, drunk driving, and sex offenses greatly outnumbering those in the black community. So, here is my question: What is so scary about black people? If the argument is that blacks keep killing one another, does it make sense that folks outside of the black community would profess their fear of black-on-black crime? Doesn’t it follow that blacks who have an intent to murder, maim, rob, or rape would be less likely to commit such an offense outside of their own community?

In addition, the psychological leanings which go against the fact that whites also have high rates of crime against others seems to pervade the social narrative in ALL communities. There seems to be consensus that whites are inherently trustworthy, safe, and non-criminal even though statistics say otherwise. How do we deal with that?

Why does the term “black-on-black crime” seem to have such eminence? Well, because it is convenient. Race zealots and conservatives benefit from deflecting the arguments for national justice and turning the megaphone on the black community. It is much easier to justify the privatization and proliferation of jails when you can point to a dangerous community of “thugs” who require correction and disenfranchisement. The likelihood that folks will ignore the robbing of voting rights, the murders of black children, and the harsher punishments for minor offenses predominantly committed by black youth is much higher when those who would profit from their marginalization have the power to write the narrative. The media is a beast of the people. As long as the people have a boogie man, the media has fodder for its broadcasts.

You may have been wooed by the half-truths put forth by those who perpetrate as race warriors spewing their concerns about black-on-black violence, but the facts just don’t support them. And, when folks conflate the Zimmerman verdict with the myth of black-on-black crime, show them the  facts. Educate them on truth.

We suffer in this country from a revisionist perspective of virtually everything. Group think pervades our nation. For some reason, we believe, in our superiority, that we can re-write history as it is happening and we avoid any facts which undermine our own biases. Often, the folks who benefit from these slanted revisions are the publishers, producers, writers, and promoters of the very notions they purport. Why blindly follow them?

Let’s do better America. Let’s read some things. Let’s discuss some things. Let’s empower ourselves. Most importantly, let’s be honest about the state of our union. It is convenient to lie sometimes, even gratifying. But, it doesn’t help anything. And, it certainly doesn’t benefit forward progress.