Big Brother 15: A Microcosm in a Society of Silent Bigotry

Reality television is often shot down by entertainment snobs and others as a waste of time, money, and focus. And, while I agree in most ways, I still watch many of the shows which started when I was a child. Amazing Race, Survivor, Big Brother, and Real Housewives of Atlanta still show up in my DVR reel, and I am extremely unapologetic about it. But, this season’s display of open hostility and racism on Big Brother 15 has left me speechless in many ways. Though the media has focused on the two main offenders of the racist acts in the Big Brother house, I posit that the overall environment of silent bigoted acquiescence is much more dangerous when compared to how we live in society.

What Exactly Happened This Season?

In case you don’t watch the show, here is a nice summary of what has transpired thus far. 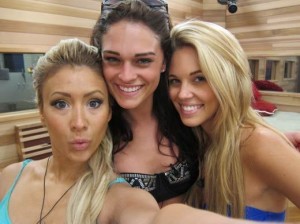 In essence, Aaryn Gries, 22, an obviously attractive young white girl from Texas, has been terrorizing the Asian, black, and LGBTQ houseguests. Her minion, GinaMarie Zimmerman, 32, the Staten Island chick whose last name eerily ties her to another racist we all have come to know and love, usually stands by to cosign her ignorance. What most of the media hasn’t focused on is the house dynamics contributing to the girls’ tirades.

Basically, these young ladies along with one other young white woman named Katelyn Barnaby, 23, coupled up with the stronger white guys in the house within the first week or so of the show’s airing. They worked together to ostracize the minorities of the house pretty effectively. During this time, the folks on the outs were obviously hurt by these actions. And, instead of taking some responsibility for their open attacks on the other members of the house, the couples deemed the response as an attack on how pretty, talented, and better they were than everyone else. Then, when the minorities of the house got enough power together to start evicting them, they threw massive temper tantrums resulting in the hostility from the clip.

Some of my favorite comments were when Zimmerman and Gries so cleverly noted that Candice Stewart, a 29-year-old black pediatric speech therapist from New Orleans, was incapable of joining the “dark side” because she is already dark. Or, when they noted that if you were saying things in the dark, you should be careful because you might not be able to see the b*^&%. So smart these racists. Well, except for the fact that Stewart is at most as dark as a corn tortilla. Another gem from Gries was when she noted that Helen Kim, 37, should go somewhere and “make some rice” because you know, she’s Asian. Sadly, these folks remain in denial that any of this stuff could be deemed racist. 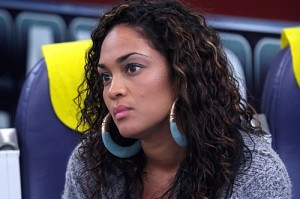 And, well, racists will be racists right? If they have friends or a megaphone (or both), their racism hits fever pitch within seconds. And, I would say a prime time show airing three times a week on a hit cable network is about as big a megaphone as one can get. Sadly though, this isn’t the biggest and most obvious issue in the house. What really doesn’t sit very well with me is the silent bigotry which provides a nice little pillow on which these racist actions are resting.

The only person who has spoken up for herself and the bullying has been Stewart. Now, this week, she sits waiting for eviction just a week after the only black male in the house, Howard Overby, 29, was evicted for being “shady.” He often went in the back room to pray. So, I guess that is about as shady as one can get. What could he be asking Jesus to do for him? Shaaaaaade. Not only are Zimmerman and Gries still in the house, they have been welcomed back into the fold by the remaining houseguests.

Much like the real world, folks are more afraid of ruffling the feathers of the racist person in the room than of banding together in the name of fairness. In fact, Gries went so far as to blame the victims/targets of her tirades for the perception that she is racist. In other words, her comments are only racist to people who obviously hate her and are racists themselves. See, reverse racism y’all.

Because no one else had the guts to tell her to her face (especially her own white posse) that what she was saying was ACTUALLY universally seen as racist, mean, nasty, and distasteful, she assumed that her words and actions were okay. Last week, she said that Stewart (the girl in the house that Gries thinks is so black that wouldn’t be able to see the b*&^% with the lights off) is the root of all of her problems in the house.

So, just in case you are not keeping up, Howard, the guy who literally spent fifty percent of his time in the house praying with, for, and because of other people, was evicted for being “shady”. And Candice is on her way out of the door because…well…she makes her assailant uncomfortable. Oh, and both of them are black.

Why the Rest of Us Should be Embarrassed by This Display

What is splendid about this case study is that once these young ladies leave the safety and comfort of the sequestered ambiance in the Big Brother 15 house, they will be smacked squarely in their faces with the negative reactions from all the offended folks watching. Both Zimmerman and Gries have been terminated from their jobs. And, Big Brother host, Julie Chen has openly voiced her disdain regarding the behavior. Yet, it is still worth noting that these ladies thought their actions were okay in the first place.

Here are a few reasons why they may have come to that conclusion:

Some folks are short-sighted and narrow-minded enough to believe that these actions and misnomers come from just a few bad apples. They believe that America is generally past race (or post-racial) and there are just a few rabid crazies hanging around making white people look bad. But, statistics tell us something different. I don’t want to scare everyone but the truth is quite plain: the longer we are in denial that our actions contribute to the problem of racism in America, the longer it will continue to fester.

Think about it, when someone ignores cancer, gangrene, or other malignant disease, it doesn’t just heal itself over time. Instead, it just gets worse. Why do we expect our cancerous malediction of racism to behave any differently?

The Daily Show spoofed this whole idea about having a race conversation between whites and blacks. I really can’t make it more plain than this.

You know what I mean?