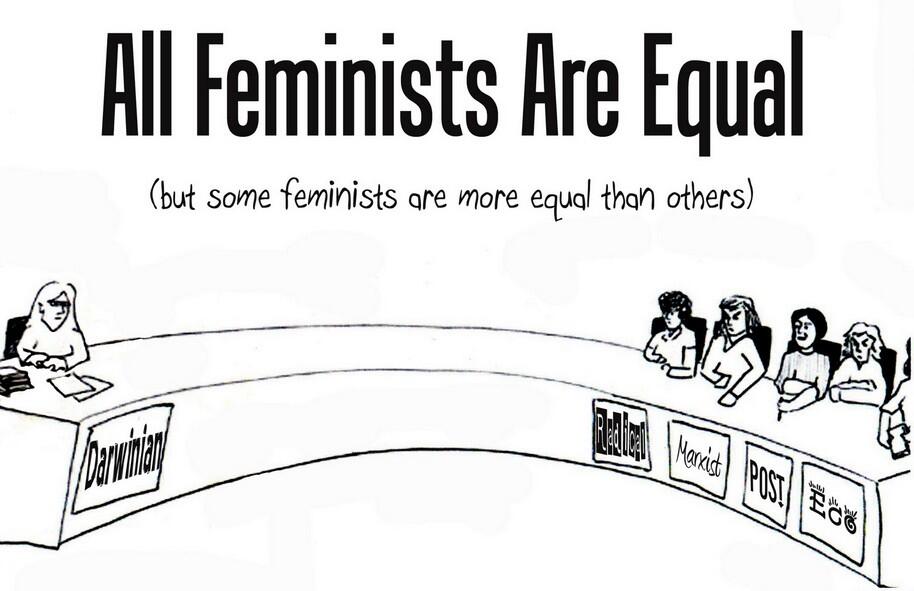 Is Feminism just another extension of white privilege? According to the Twitter world, it may very well be. The hashtag #solidarityisforwhitewomen exploded today, in what Aljazeera calls a “Hashtag calling for a more diverse approach to feminism trends globally.” The hashtag was created by blogger Mikki Kendall before trending today worldwide. Ironically, the hashtag arouse out of a critique that Kendall was making about white male academic and blogger Hugo Schwyzer, who deigned himself a male feminist, to much controversy. It seems that the issues of Modern Feminism are myriad. 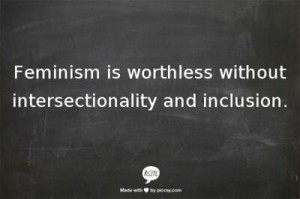 “the study of intersections between different disenfranchised groups or groups of minorities; specifically, the study of the interactions of multiple systems of oppression or discrimination. The theory suggests that various biological, social and cultural categories such as gender, race, class, ability, sexual orientation, species, and other axes of identity interact on multiple and often simultaneous levels, contributing to systematic injustice and social inequality.”

Basically one’s experience of “womaness” is a complex interaction of race, class, culture, sex and sexuality. And to the extent that women worldwide feel that mainstream feminism does not give voice to this complexity… well, global feminists will take to Twitter for a little public shaming. The gloves do come off, but as writer Keir Bristol mentions,

“To be clear though, this hashtag is about holding “allies” accountable. It should be self-explanatory! For too long, White, straight, cis, able-bodied women have been the face of feminism.”

Do you identify with the tweets below? 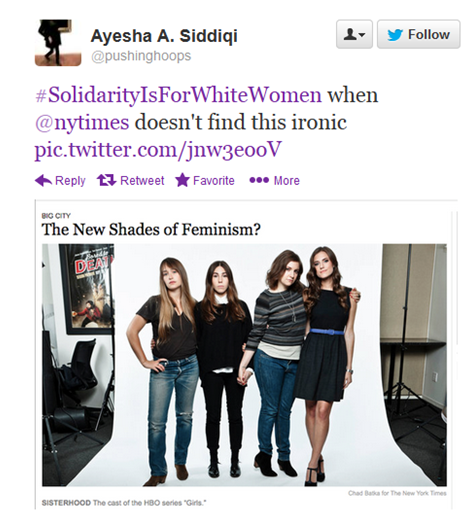 When black women who are self-declared nerds are seen as an anomaly. And white nerdiness is the social norm. #solidarityisforwhitewomen

#solidarityisforwhitewomen when we assume that miniskirts and tube tops = "liberated" and hijabs and modest clothing = "oppressed."

#solidarityisforwhitewomen when pink hair, tattoos, and piercings are "quirky" or "alt" on a white woman but "ghetto" on a black one.

#SolidarityIsForWhiteWomen means telling women to "Lean In" when most don't have a seat at the table.

#solidarityisforwhitewomen is when you're sick of the hashtag for a few hours, and we're sick of your privilege for a few centuries

Most anti-climatic moment of #solidarityisforwhitewomen: when you realize that almost every editor will hire a white woman to write abut it

Did you check out #solidarityisforwhitewomen? Like it, Love it or Hate it, we want to hear from you in the comments.