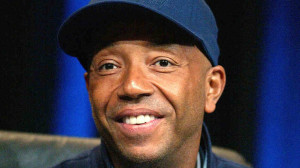 So, Russell Simmons has been irritating everyone for some time now. We all know he is a male chauvinist and has little back bone when it comes to moral fortitude. But, the last few weeks have been almost unbearable.

Recently, he has been engaging in a childlike Twitter and web war with Don Lemon, CNN news personality, over some pretty controversial comments Lemon made about the five ways black folks can adjust their societal status. And, while I tend to agree with Simmons’ complaints about the comments, I still find it disheartening that these two prominent black male figures have been going back and forth like two school girls fighting over a doll baby.

Yet, leave it to Simmons to cap off this weeks long affair with nothing better than a Harriet Tubman sex tape. Yes, yes, you read that correctly. Yesterday, he posted, on his All Def Digital (ADD) YouTube channel, a racist, misogynistic “parody” of the one and only Harriet Tubman gettin’ it on with her “Massa” in an effort to blackmail him with the footage. I promise I am not making this up. Supposedly, the channel is meant to showcase “the best in comedy, music, and animation.” But, they must have forgotten that Tubman’s life and legacy have never really been topics anyone laughs at…like ever.

In the whole history of Def Comedy Jam, I’ve never taken down a controversial comedian. When my buddies from the NAACP called and asked me to take down the Harriet Tubman video from the All Def Digital YouTube channel and apologize, I agreed.

I’m a very liberal person with thick skin. My first impression of the Harriet Tubman piece was that it was about what one of actors said in the video, that 162 years later, there’s still tremendous injustice. And with Harriet Tubman outwitting the slave master? I thought it was politically correct. Silly me. I can now understand why so many people are upset. I have taken down the video. Lastly, I would never condone violence against women in any form, and for all of those I offended, I am sincerely sorry.

Okay Russell, several hundred thousand tiny violins just played for you…for a millisecond. Now, back to reality. Since when is sexually induced blackmail the equivalent of “outwitting” someone? Not only that, you thought the symbolism of those acts being performed by a black woman as historically untouchable as Harriet Tubman (like, THE Harriet Tubman) was “politically correct?” I have no words for that…just none. Every single seat ever made for you sir. And save a couple for your half-apology.

Yes, silly you Boo Boo the Fool. Silly you.

I am reluctant to give in to my desire to psychoanalyze the stupidity displayed by Simmons. Whether he is simply feigning idiocy or it is indeed his true state, I have deep concerns. In this one click, he (and the mediocre “actors” in the clip) managed to turn Tubman into a Mammy and a Jezebel simultaneously. Now, that is talent.

It is clear that Simmons cannot divorce his small-mindedness from the actuality that the clip equivocates power with sex. You know, the exact thing that folks like Tubman ACTUALLY rebelled against. I just can’t. Really, I can’t.

Russell Simmons may have been one of the foremost players in black entertainment in the last two decades but he has certainly lost his touch, relevance, and mind. Whenever the word “def” was actually slang was when Simmons had a foothold on the industry. Now though, I move that he be voted off of the proverbial black community island. I am done with him forever. I think this officially revokes his black card right?

Oh, and just because the video is no longer posted on ADD doesn’t mean it is no longer posted. I won’t embed it here but you may want to view the stupidity for yourself. Here are three minutes of your life that you will never get back. Enjoy.

Were you offended by the parody? Should Russell Simmons have apologized and removed the video or are folks being too tough on him? Sound off in the comments.