Toni Braxton and Babyface Return with “Hurt You”

Reunited and it feels so good. 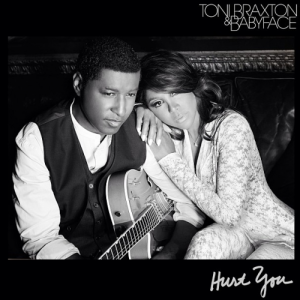 On August 12, Toni Braxton and Babyface released the single art for their single “Hurt You.” And now the music has finally hit the net.

“Hurt You” is a mellow R&B number, just as you might expect for the duo to create. The midtempo track fits right into the concept the two envisioned for their forthcoming album Love, Marriage, Divorce. They purr about the troubles experienced within a relationship, stating “God knows I never meant to hurt you.” It sounds like Toni and Babyface are going to give us some true grown folks’ music that discusses serious issues.

Musically, it’s like a modern update to the magic they created back in the early 90’s. Remember “Love Shoulda Brought You Home,” “Another Sad Love Song,” “Breathe Again,” and “How Could an Angel Break My Heart?” “Hurt You” is in the same vein, but it does feel more contemporary with its blend of piano and studio effects. And there is just something about the way Toni’s voice sounds over a Babyface track. He knows how to fully evoke her sultry tones. That unique sound is the bedrock of her career, and it cannot be duplicated. Their legendary chemistry is still intact.

Toni also made news in the last few days when she had a wardrobe malfunction at a concert in New Brunswick, NJ. As expected, TMZ delivered the footage on their site, and even though her broken dress left her behind exposed, Toni remained the consummate performer, not missing a step. All she needed was a sportscoat from a concertgoer to cover herself.

As much as I love “Hurt You”, I know that it’s not a chart-topper. And that’s OK. I don’t think that ruling the charts is the goal here. They set out to create a classic, concept album centered around different stages in a relationship. And using this single as evidence, they are right on the mark.

Listen to the track below and hit the comments section with your thoughts!