Could We Ever Have a March on Washington Today? 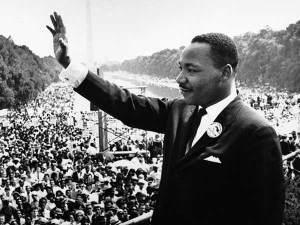 Today, we celebrate the 50th anniversary of the March on Washington, a once in a lifetime event headlined by prolific speaker, civil rights leader, and activist Reverend Dr. Martin Luther King, Jr. That day in 1963, he delivered the “I Have a Dream” speech and laid the groundwork for what would be generations of fighting for freedom. He spoke of jobs and equity as well as racial equality. But, we still have a long way to go before his dream is truly realized. And, with the politicizing of all things race and equality, this era begs the question: Could we ever have a March on Washington again?

From the steps of the Lincoln Memorial, Rev. Dr. King, Jr, delivered a speech in the middle of the week signifying his dedication to the goal of attaining equality. He didn’t wait until a holiday. He didn’t schedule it on a Saturday. Instead, he brought over two hundred thousand folks of all ethnicities, classes, and social backgrounds to Washington to make a plea for jobs and freedom. What many fail to realize is that Dr. King was not the only player that day. It was folks like Norman Hill, A. Philip Randolph, and Medgar Evers who were integral in mobilizing and cementing support for the March in their local cities and towns. The Dream wasn’t just Dr. King’s. It was everyone’s. And, they all owned it.

Since that time, we have seen many movements: the Black Panther Movement, the Black Liberty Movement, and the Black Feminist Movement. But, we haven’t quite seen the unified thrust represented that day, fifty years ago, on our nation’s capital. And, I wonder if we will ever see something like that again.

It isn’t like we don’t have enough material. Gun violence is still a rampant issue in most black communities, inequality in education has stagnated, and marginalization in the workforce continues to unequally affect the black poor. Yet, now, the only folks we have on the forefront of black freedom are celebrities whose motives cannot totally be identified. Their efforts are to be commended but one has to question where, how, and why those efforts originated.

Luckily, this weekend’s demonstration of “tens of thousands” of individuals marching on the mall leaves a glimmer of hope that folks understand that change is still ‘gon come. The theme of unfinished business is both a sour and sweet taste in our mouths. On the one hand, we all know we have come quite a long way. President Barack Obama and the First Family are a testament to that effect. But, conversely, we have experienced the killings of many Trayvon Martins, we have experienced the stop and frisk laws drawing a deep line between our community and those whose job it is to protect us, and we continue to petition for equal treatment in the form of economic liberty.

It makes me wonder if we could ever do it again. Could we stop fighting one another long enough to understand that our equal rights first require us to see one another as equals? Would we be able to look past our personal grievances long enough to actualize the collective deluge necessary to get us to that Promised Land?  Would people be willing to take a day off of work? Would they be persecuted for doing so? Who would get on that podium to deliver the oratory to draw us closer rather than apart? Have we gotten too wrapped up in our individuality to appreciate the connectedness we all share? I wonder.

Will you be watching?

For more information on the 50th Anniversary of the March on Washington, go to the website: http://50thanniversarymarchonwashington.com/