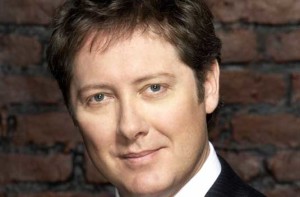 On August 29th, it was announced that James Spader was cast as Ultron in the upcoming sequel to The Avengers, The Avengers: Age of Ultron. Immediately, my nerd antennae perked up, with both elation and caution.

As a lifelong Marvel fanboy, I’ve been anticipating this movie since the credits started to roll on The Avengers. However, it’s a long wait until the movie bows on May 1st, 2015, so speculation and anticipation will have to fill in the gaps. And there are a number of reasons to be excited about this movie:

Ultron is The Avengers paramount foe. And James Spader is a great fit for what I assume will be the voice of Ultron. Since the character has never taken any form other than that of a robot, I’m assuming he’ll take shape in the movies through CGI. And Spader’s voice has that authoritative and smug air that will fit perfectly.

The next sequel always has to be bigger and better. Bigger budget, bigger explosions, and bigger cast. Quiksilver has already been cast, and “rumors” are pointing to impending official announcements for Scarlet Witch and The Falcon. Can’t wait to see what they each bring to the mix. Here’s hoping that they are awesomer than Hawkeye has been.

Back in June, Joss Whedon confirmed that Loki, played by Tom Hiddleston, won’t show up in the next film. And that’s a relief. As entertaining as that character has the potential to be, the writing and portrayal of him has fallen quite short. And in a movie where Ultron is the focus, Loki popping out of the shadows would only be a distraction.

D. The Epicness of The Avengers vs. Ultron

The last film was near perfect, so the bar is set high for another summer movie juggernaut. They have to come correct with this movie.

The only issue I am having with this movie is the same issue I’ve had with the slate of Marvel movies: they are creating their own continuity. For those less abreast of comic terms, continuity refers to the fact that these characters live in an enclosed universe and what happens in one story must stay true in all of the other stories. When someone dies they’re dead everywhere (except when a new writer comes along and disagrees with something a previous writer did, so they just use retroactive continuity, or a retcon, to clear things up).

But in this Marvel Cinematic Universe, they are making some terrible decisions, diverging from what comic fans have known and loved for decades, and leaving them as canon.

In that vein, the news I’m hearing about the new Avengers flick has me worried. Joss Whedon himself has confirmed that Ultron will not be a brainchild of Hank Pym (aka Ant-Man). And Janet Van Dyne (aka the Wasp), another classic Avengers character, will also be absent. So how do we get Ultron as a foe? Is he a mindless machine or did they just use some random person’s mind as a template?

Read on for spoilers! 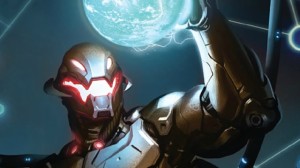 As the US Government creates a force, known as Ultron, the Avengers are told they are not needed any longer. But when Ultron turns against humanity, it’s time for the Avengers to assemble yet again for their most dangerous challenge ever.

So the best plan they could come up with was that the government made a mistake? I get what they were going for there, but this is just lazy. It’s always the stinking government’s fault. The government replaces an old model with a new model, and when the new model turns on them, the government turns back to the old model. How many times has that story been told?

I know that the “powers that be” alter the known comic versions of stories to fit into movie sized proportions and that they want to try to tell a fresh story instead of rehashing what has already been done. But this, on its face, doesn’t seem like an improvement and they are missing a golden opportunity to introduce new characters.

Just imagine that they keep this same exact storyline, except that the person that creates Ultron for the government is Hank Pym. The actor really only needs to be in one or two scenes, and you open the door for the Ant-Man film that has already been confirmed for 2015. Comic fans are happy. Newbies are happy Everybody wins.

But alas, we’re stuck with the run into the ground inept government plot.

Will the movie be good? Of course. Too much money and too many careers are wrapped up in this thing for it to be terrible. And I’ll be there with a monstrous sized tub of popcorn and trough of soda enjoying it upon its release. But could it be better? Signs are pointing to yes.

C’est la vie. We can’t with them all.

Excited for the new movie? Think James Spader is a good casting choice? Join the conversation in the comments section below!