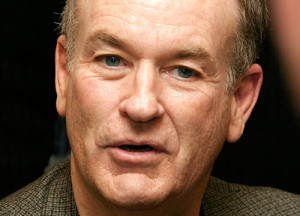 So, I am proud to say that I have never ever once written a post about right-wing, Fox News, hatemonger Bill O’Reilly. Not until today at least. I honestly took his rants, slanted “news” coverage, and blatant disregard for actual journalism as too easy a target. Instead, I have been watching him from a distance, hoping one day he’d give me a real nugget worth writing about. And, he finally did. This week, O’Reilly mistakenly announced that no “Republicans or Conservatives” were invited to the 50th Anniversary Celebration of the 1963 March on Washington. It was untrue, feckless, and an all-out lie. But, the great news is he did something that most zealots never do: apologize.

O’Reilly has been known to embellish on his show. Not only that, he loves to call names, over talk women, and fake apologize.

But, he never really walks his commentary back. You see, though the word “news” is in the header for the station “Fox News,” they don’t mean it in the traditional sense. They mean it like the news you get from the gossipy church lady with the big hat and the crisp handkerchief in the ladies’ restroom. She never really has any sources to corroborate her tales but she believes them definitively. See, news.

However, this is a story to laud O’Reilly. He “mistakenly” assumed that since no Republicans or conservatives were visible at the events on Wednesday that they simply were not invited. In actuality, all of Congress was invited and several prominent Republicans were asked to come. They turned the opportunity down. You know, they had other things to do.

News broke pretty quickly about this. And, of course, O’Reilly blamed Democrats. After his blatant falsehoods about the March on Washington anniversary, he said this.

“Last night during my discussion with James Carville about the Martin Luther King commemoration I said there were no Republican speakers invited. Wrong. Was wrong. Some Republicans were asked to speak. They declined. And that was a mistake. They should have spoken.

“Now, the mistake, entirely on me. I simply assumed that since all the speakers were liberal Democrats, Republicans were excluded. So, here’s the ‘Tip of the Day’ — Always check out the facts before you make a definitive statement. And, when you make a mistake, admit it.”

Kudos to Mr. O’Reilly. This admission is a glimmer of hope in a valley of darkness – that might be a bit melodramatic but you get the point.His efforts to sully the sacrosanct moment shared as folks congregated on the National Mall on Wednesday were called out for exactly what they were: wrong.And, given the fact that he was caught so conspicuously, he really could do nothing besides apologize. I am glad he did. Hopefully, this inspires others in politics media to do the same.

Now, I am not going to go down the road of Fox News versus MSNBC. It is just a stupid conversation that I am unwilling to engage. But, let’s just say, for now, that facts are never in the eyes of the beholder. They remain true regardless of intent, application, and/or conduit. I certainly hope O’Reilly is starting to get that now.

What do you think about O’Reilly’s apology? Will it change anything?