Music Video: Michelle Williams – If We Had Your Eyes 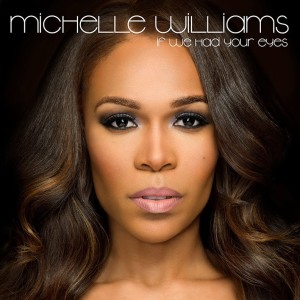 Michelle Williams has released the video treatment for her new single “If We Had Your Eyes.” In the Derek Blanks directed clip, she attempts to show both sides of situations. The song gets to the heart of how we are so judgmental as humans, but we cannot see the full picture of anyone’s life.

The song is pretty powerful in itself, with Michelle’s soaring soprano vocals and trademark rasp. But the video takes it to the next level. Including a cameo by LeToya Luckett, the video comes off very clean. Williams looks great throughout, and the plethora of effects used to strengthen the message feel appropriate.

After the disbandment of Destiny’s Child, Michelle Williams’ career has had serious fluctuations. She’s jumped from gospel to pop music, and her charting success hasn’t been monumental. Unless you are a big fan of the stage, you probably haven’t seen much of her since the release of her album Unexpected back in 2008. And in all that she has accomplished it never seemed like she hit her niche.

But just like her Destiny’s Child bandmate Kelly Rowland, she’s finally found her lane. She doesn’t have to go full on gospel, and she doesn’t have to try to make “unexpected” music. All she needs to be is herself, and the results speak for themselves.

Put this in the win column for the Destiny’s Child alum.

You can look forward to her return to gospel music with the upcoming release of her album Journey to Freedom.

Are you feeling the song? Loving the video? Share your thoughts in the comments section below!