Rapper Juicy J Wants You to ‘Twerk Something’ to…College? 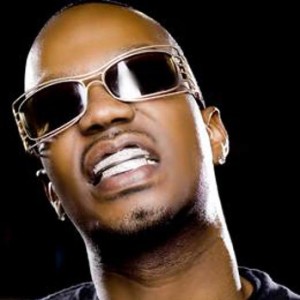 Juicy J, prominent member of longtime Memphis-born, rap group,  Three 6 Mafia, has figured out an innovative way to promote his new song “Scholarship” featuring A$AP Rocky (another prolific dunce of hip hop). The day he released his new album, Stay Trippy, he concocted a masterful promo campaign. He is offering $50,000 via a partnership with Russell Simmons’ website World Star Hip Hop to fans who produce a YouTube video saying or “showing” why they deserve the money. That’s it. No transcripts required. No SATs. No personal statements. Just a video. Well, that sounds great except that most of the submissions thus far have featured backsides instead of faces. Surprised?

The artist behind classics like “Bounce It” and “Show Out” has really outdone himself this time. He partnered up with Harriet Tubman sex-tape connoisseur, Russell Simmons, to exploit black women even further than their prior work has. Why not use someone’s inability to afford college as an excuse to see them half naked in a YouTube video? It’s like a win-win-win. It takes real talent to conflate misogyny, chauvinism, and education all in one swoop. But, they totally figured out how to do it. The website makes it pretty clear what the requirements are.

“LADIES, MAKE A YOUTUBE VIDEO SHOWING US WHY YOU DESERVE THE $50,000 SCHOLARSHIP. MAKE SURE TO SHOUT OUT JUICY J AND WORLD STAR HIP HOP AND USE THE SONG “SCHOLARSHIP” IN YOUR VIDEO.”

You see, this is addressed only to the “ladies.” Males are not really included in this endeavor. Why? Well, probably because the goal here is not scholarship, as the banner song so aptly implies. This is yet another shameful attempt to profit from a social group riddled with mis-information, lack of resources, and an abundant absence of wherewithal when it comes to higher education. Why not use these young women to promote your new song when you know that dangling a $50,000 carrot in front of their faces (or rear-ends) will get them talking about you on every social media outlet in the universe?

This is not some thinly veiled effort to subjugate women, it is actually pretty blatant. Some media outlets have even deemed it a “twerking contest” since Juicy J literally told women via his Twitter page to “Twerk your way thru college. #GivingBack.” That Juicy J. So giving. While some folks have offered alternatives to these shenanigans, I have only one to offer: have several seats Juicy J, Russell Simmons, and World Start Hip Hop.

That fact that grown men have high school and college-aged women bent over for money and think it is “giving back” makes me want to vomit in my mouth, swallow it, vomit again, and then lie in bed with it. I am just that sick of these ignorant people perpetuating stereotypical images of black women (and men) to the nth degree. It’s just embarrassing…for them.