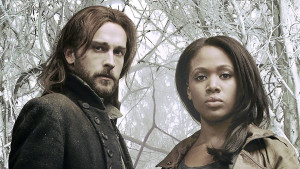 Honestly, when the pitch for a TV series is that it’s “modern-day retelling” of the story of Sleepy Hollow, Ichabod Crane and all, a lot of people are sure to be skeptical. But add famed sci-fi/genre storytellers Alex Kurtzman and Roberto Orci to the mix, and then you’ve earned yourself a first look. Plus, where else are you going to get an African American leading woman on network television without a lascivious storyline or pumped up sex appeal?

Sleepy Hollow centers around Ichabod Crane, a fighter in the Revolutionary War, who comes face to face with a mysterious horseman on the battlefield who laughs in the face of gunfire. The horseman cuts him down, but not before Ichabod is able to lop his head off. And that moment sets everything into motion.

Next thing Ichabod knows, he is waking up in a shallow grave inside of a cave, surrounded by candles (Just how are those candles still burning?). He aimlessly wanders out of the cave and onto a street where he is nearly hit by a tractor-trailer.

At the same time, the now headless horseman returns, killing a policeman (who just so happens to be the partner of our protagonist, Lt. Abbie Mills played by Nicole Beharie). I won’t spoil the whole thing if you haven’t seen it, but things spiral out of control from there. A load of mythology is dumped on us, in digestible bits of course, including the history of witches, the Godly forces that are at battle, and the actions of George Washington himself.

The episode isn’t short on death either. With the war scenes and the Horseman striking down fools nearly every 10 minutes, the bodies are piling up in this sleepy town. John Cho, who must be in the running for hardest working man in show business, plays an integral role in the pilot (though he’s not long for this world either). And former 7-Up spokesman Orlando Jones somehow landed a pivotal role and the police chief who is, seemingly, not working for the good of the people of Sleepy Hollow.

The only place where the pilot comes up short is in capturing the wonderment of fighting in the Revolutionary War and suddenly living in the year 2013 (though the Starbucks discussion was both interesting and a nice way to paint modern times). Instead, Ichabod just moseys along, as if cars, street lights, and other modern-day conveniences aren’t all that awe-inducing. 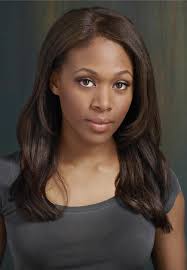 Still, the writers get major credit for how they handled the race issue. Ichabod is immediately struck with the position that Lt. Mills holds, since last he knew all blacks were slaves. Not only is he very accepting of her authority (you know, he was all about abolition in his time), but Lt. Mills doesn’t stand for any racist nonsense either, even if he should get a pass.

This might be a bit early to call, but the manner is which Lt. Mills is portrayed is very progressive. She is strong, opinionated, and intelligent, yet she has her soft, emotional moments also. Unlike most African-American characters on television, she is a whole person, as opposed to a collection of stereotypical archetypes to reach an end.

All in all, this has everything that good genre shows are made of: interesting characters, a strong mythology hook, and enough mystery to get you through a couple of seasons. Fox was smart to launch this series as the unofficial start of the Fall TV season, so that it didn’t get lost in the onslaught of new programming. Will our household be tuning in? You bet. I set the season pass half-way into the first episode.

You can catch Sleepy Hollow Mondays at 9PM on FOX.

Did you watch the pilot? What did you think? If you haven’t seen it, are you planning to now?