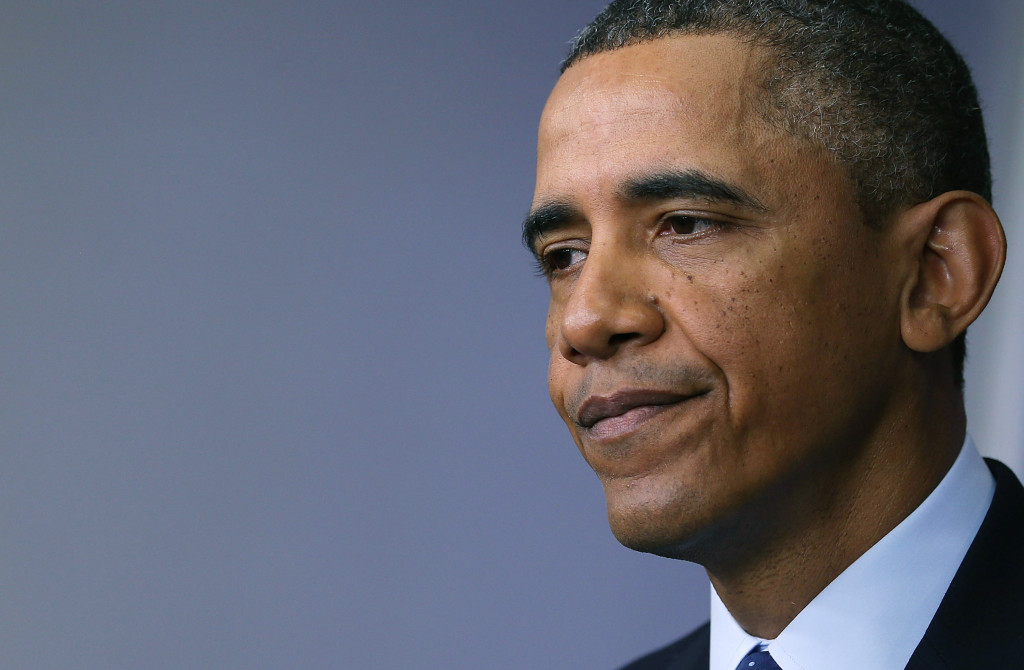 Oh-my-goodness y’all. The government done shutdown. Now, we have to sit around watching Democrats and Republicans in both the Senate and the House point fingers at one another in the political blame game. Many Americans have questions about this whole debacle. Who is responsible? Why did it happen? What does it have to do with “Obamacare?” And what recently happened to food stamps?

You’ve got questions. I’ve got answers. I’m Jenn M. Jackson and I have your newest edition of the Politics Review.

House Republicans (especially those in the “Tea Party” caucus) have made it clear since the 2010 midterm elections that they had it out for minority voters, women, and low-skilled workers. There has been no shortage of laws making it harder to vote, more difficult to have an abortion, and even more troubling when trying to attain and keep well-paying work. The sequester earlier this year slighted these groups in ways many of us thought were impossible. And, they haven’t stopped yet.

The Supplemental Nutrition Assistance Program (SNAP) is the program we have all come to know as “food stamps.” Basically, the Republican Party (which claims to be the party of “states’ rights”) removed the right of the states to determine eligibility for the SNAP program. Instead, they left the blanket qualification for food stamps at $2,000 in liquid assets per family. This means that individual states can no longer decide how folks will qualify for aid. And, federally administered “asset tests” will be the deciding factor in whether a family is able to buy food or not.

Here is why this is important. If there is a family who struggles to pay their rent and other household expenses but qualifies for SNAP, they could lose their benefits by saving money or having a temporary windfall like a nice tax return. In essence, they would be kicked off of the program because they have $2,001 in liquid assets as opposed to $1,999. There are some other issues with this recent change like it hasn’t been adjusted for inflation since 1986 and it will likely confuse the crap out of people who actually do qualify. Seems asinine right? Well, that’s because it is.

Given the fact that it is almost impossible to survive on food stamps anyway, think about how hard it will be for families to try and stay poor enough to get food stamps while simultaneously working to escape poverty. How does that work? It doesn’t. And, not only does it not work, it sends yet another message to the poor that Republicans really couldn’t care less about the institutional failures contributing to their personal struggles.

You may be wondering why House Republicans are holding the government hostage in the first place. Well, there are several reasons. They are having a temper tantrum because they lost the 2012 Presidential Election, they can’t seem to get abortions to be illegal, and the Affordable Care Act (ACA), sometimes referred to as ‘Obamacare,’ has the potential to make President Obama look really really good to their constituents. Health care reform is an agenda item that President Obama campaigned on not once but twice. And, since he won both times, it seems American voters like the idea of more affordable national healthcare. So, what’s wrong with it?

Well, Republicans have successfully turned affordable healthcare into a scary “mandate” forcing poor Americans to pay for something they can’t afford. Democrats unsuccessfully marketed affordable healthcare to the American public, making it really easy for folks to get very confused. For example, Jimmy Kimmel recently highlighted how confuzzled many people are about the legislation meant to expand healthcare to those previously unable to receive it.

Sad hunh? Nowadays you don’t even have to know what something is to hate it. I guess I understand though. I love ice cream but if it was called “Hitler Cream,” I’d probably hate it too.

Some of the most popular pieces of healthcare reform are as follows:

And, while these components of the legislation are popular, many conservatives are most adamantly opposed to the fact that this legislation came from President Obama. President Nixon previously recommended a similar model and the last candidate for President of the United States, Mitt Romney, actually enacted an identical plan in his home state of Massachusetts. But, since President Obama is now working to reduce healthcare costs and shift the risk to businesses as opposed to poor people, conservatives are not having it. Folks have gone so far as to compare ‘Obamacare’ to the Fugitive Slave Act. Seriously. Why is it that every dig at this President has to reference something slavery or Jim Crow related? I mean, are we really that simple Republicans?

There are a lot of people, typically Republicans and on the right, who are fearful of an empowered middle and lower class. Healthcare reform gives more power to working families and takes it away from big businesses who would otherwise benefit from saddling poor people with medical debt.

No wonder House Republicans have been losing their minds over it, right? Ironically, the government shutdown won’t shut down ‘Obamacare.’ It’s already funded and up and running.

Our last government shutdown happened back in 1996 under then President Bill Clinton. Newt Gingrich was the Leader of the House at 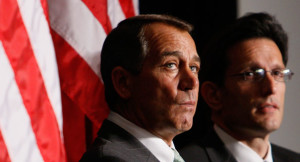 the time and led a very similar Republican stalemate in the Capitol. This time, the Red Herring House Leader John Boehner and House Whip Eric Cantor have noted ‘Obamacare’, corporate favoritism, and a bunch of other foolery as their catalyst for the American government hostage taking, but the truth is that they cannot fathom a universe where a democratically-elected black president backs decent legislation that most Americans actually want.

Just having the name “Obama” attached to anything seems to mean it’s doomed to failure when it comes to Republicans in Congress. It really is just that simple. The law has been passed by the legal means, the President signed it into law, and the Supreme Court upheld it as constitutional. The Senate passed a budget, asked for conferences with House Republicans, dotted theirs “i”s and crossed their “t”s. These are all normal steps for operating the government. And what do we have to show for it? Closed national parks, furloughed government aids and workers, threatened wages for civil servants, and potential impacts to the impending debt ceiling debate.

At this juncture, all that can really be said is that House Republicans have absolutely no intention of acquiescing to this President’s call for them to behave as responsible adult people. They have made it clear after 42 votes to defund ‘Obamacare’, 18 refusals to conference with Senate Democrats,  and countless other squandered opportunities to pass any notable legislation that they are not in DC to govern. Period. And they don’t care if poor Americans suffer during the shenanigans.

So, that’s that people. There is no making this stuff up. I am sure we will look back on this as a learning experience in a few years, maybe sooner. As President Obama said early yesterday, “You do not save money by not paying your car note. You’re just a deadbeat.” There you go Republican deadbeats. Start paying your bills and maybe we will all start taking you seriously for a change.