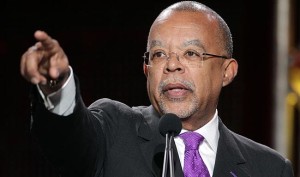 There are a few dark periods in this country’s short past which we seem to prefer to sweep under the rug. Wars and genocides fall into that category. But, the general Black Experience frequently finds its way there too. The foundational facets of this country’s inception which contribute to today’s realities of rampant poverty, poor educational attainment, and lack of social mobility for blacks are often overlooked as many non-blacks have grown increasingly distanced from the black struggle. Harvard professor and social activist, Henry Louis Gates, Jr, seeks to fill this void of exposure to the Black Experience in his multi-part PBS documentary titled “The African Americans: Many Rivers to Cross.”

The documentary, broken into six parts, will traverse the Black Experience starting with the 1500s and the first black conquistador. Airing for the first time later today, Gates’ work aims to educate a public who has had little to no experience with black history. In an interview this week with Salon, he elucidates the dearth of knowledge younger generations have with black history and slavery.

I think of this as a black history series for your generation. A generation that didn’t see “Roots” when it was being shown every night creating a national phenomenon. A very cosmopolitan generation, technologically savvy. Less concerned about race as an individual basis than any generation before it. And more integrated – socially integrated, whether it’s images on television or as the definition of American popular culture adds the African-American element as its lingua franca.

Wrong. Only three states received an “A”: Alabama, Florida and New York. And only three even received a “B”: Georgia, Illinois and South Carolina. For adequate coverage of the civil rights movement. Thirty-five states received an “F,” including the great state of California. You can imagine if they did a similar survey of slavery, the results would be even worse. Part of the reason for that is that I don’t think teachers have had, I know they don’t have one DVD of a series that they can use for their multimedia element. And that’s because no one has tried to do a comprehensive survey of African-American history since 1968, since Bill Cosby did “Black History: Lost, Stolen or Strayed,” which I watched with my parents in Piedmont, W.Va., when I was 17 years old. And that’s what inspired me to go to Yale and take a black history course, in fact, the following year.

Teachers need tools to integrate the content about the black experience. And this series is the only one crazy enough to do what turned out to be 500 years of African-American history. Starting, as you saw, with Juan Gurito, first black man to set foot on what is now Florida in 1513 with Ponce De Leon looking for the fountain of youth. All the way to Obama’s, President Obama’s second inauguration. Heretofore, teachers would have to use “Eyes on the Prize,” which is on the civil rights era, and “Slavery in America,” and “Freedom Riders” by Stanley Nelson, and something on the Harlem Renaissance. So what I decided to do was tell the story in one series using salient stories – 70 stories over the six episodes, which were exemplary of the whole larger experience. So I worked for seven years on the series, and we gained 30 or 40 stories. When we started, we had a list of the indispensable, canonical stories that any series would have to tell. [laughs] And so we spent years whittling down the stories to be the essential ones, and that’s what we came up with.

The full interview is worth the read. Gates expounds on the concept of “post-racialism,” civil war remnants, and the lack of thought-leaders for blacks. But, what seems most salient about the piece and the documentary itself is the impetus. The notion that slavery is soon to be forgotten seems a bit horrifying. The American collective memory seems so forgiving of a macabre institution solely established to exploit, rape, and maim an entire race of people. What exactly does that say about us as a nation?

Schools are failing in general. But, when it comes to black history, public schools have an almost non-existent curriculum. Black students are learning an American history which, instead of acknowledging their ancestral lineage, completely neglects to recognize that history informs present status. How could we ever become post-racial without mere acknowledgement? And, how can we all be truly American when we refuse to teach future generations about the America of old?

The documentary is very necessary at this time. Especially with the push to become post-racial, this effort by Gates may help to educate those who have not been exposed to the Black Experience and black history. In all likelihood, the docu-series will not reach the annals of the American South or the bedrocks of the most racist factions of this country where it might do the most good. For now though, we will be watching and promoting the work and its worthiness. Will you?

Will you be watching the docu-series? Do you think Americans are on their way to forgetting slavery and the civil rights movement? Let us know in the comments section below.