This Week in Blackness: Shopping, Dreading, and Blonding While Black Goes Wrong

It seems there is a new story out every few days regarding some atrocity affecting someone in the black community. Without fail, black people are marginalized, ostracized, or othered without respect of person. Each one of these instances outlines a case of a black person being misrecognized as a criminal or deviant of some sort. Each case has no basis other than discrimination. Yet, these things continue to happen to black Americans every single day. 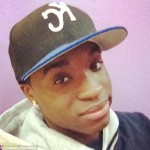 Arrested for Shopping at Barneys…Lawfully

This week, news broke of a 19-year-old college student named Trayon Christian who has filed suit against clothing giant, Barneys, and the NYPD. He was reportedly arrested last year for “shopping while black.” According to the suit, Christian went to the store and purchased a Ferragamo belt which was priced at $350. He paid for the accessory and was headed out of the store when plain clothes officers who had been called by the store clerk stopped him. They reportedly accused Christian of fraudulently purchasing the merchandise and arrested him. He was reportedly taken to a local precinct where he was questioned and required to prove his identity…like a criminal.

If the suit is accurate, this would mean that Christian literally did nothing wrong but was handcuffed and arrested anyway. Barneys has had little to say in response. But, it reminds me of the Oprah debacle a few months back. At some point, these retailers have to realize that stores are no longer segregated. Everyone with money should have equal right to spend it as they please.

Cut Off Your Dreads or Leave

Ashley Davis, a 24-year-old employee at a finance company was told that, due to appearance policy changes, she would need to get rid of her dreadlocks or have to leave the company. She has had her dreadlocks for 10 years but because the company does not deem them “professional”, they would like her to cut them off in favor of some other approved hairstyle. I guess afro puffs and cornrows are out too.

Davis has said that she can’t imagine having to remove her dreads. For her, like many women, her hair is an extension of her personhood. She plans to keep them. But, will she be able to keep her job? Likely not. It’s just sad she even has to choose. 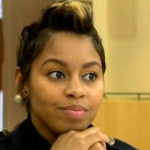 As if black people’s hair hadn’t received enough attention – you know with the “You Can Touch My Hair” exhibit and the very public firing of Rhonda Lee – meet Farryn Johnson. The 25-year-old claims she was fired from her job as a waitress at Hooters because she had blonde highlights in her hair. Reportedly, she was specifically told, “Black women don’t have blonde in their hair.” Well, there you go folks. Black and blonde DO NOT exist naturally in the wild. Take that Aboriginals. Get your life right.

She also reported that other races of women at the winged establishment had a variety of colors in their hair including Asian women with red hair and white women with black hair. But, none of them were asked to change their hair or leave. She has filed suit against the restaurant chain.

Johnson’s issue, to me, is the most unfair. While Christian was arrested for no reason, he was not in danger of losing his livelihood. He probably didn’t need a $350 belt on a college kid’s allowance anyway. And, in the case of Davis, she works for a private business which technically has the right to change their appearance policies at any time. But, for Johnson, she had to witness unequal treatment AND face losing her job. Her civil rights were completely ignored and her humanity was undermined when she was told that her hair set her apart from every other girl on her staff. And, that can be demoralizing.

Not only that, some idiot at Hooters declared that “black women don’t have blonde hair” as if every specimen of black woman has been catalogued somewhere. Every hair fiber has been traced and identified by hue so that non-blacks can properly organize the black help. Nope. Not cool.

Post-racial America? Riiight. We continue to not hold our breath for that one.