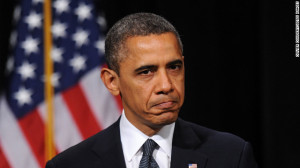 Are we still talking about ‘Obamacare’? After the Supreme Court ruled it constitutional? After both houses of Congress passed it? After folks have started signing up for it? Well, yes. Yes we are still talking about it. Why? Because Republicans want us to. But, Rep. Frank Pallone (D-NJ) was not having it this time.

This week, the House Energy and Commerce Committee convened an emergency hearing to grill contractors with ties to Healthcare.gov on their respective responsibilities. Because the site has been glitchy, they thought it best to air the dirty laundry in a public hearing for all to see. Sadly, the contractors could do little more than point fingers every which way. But, in a moment of unrestrained frustration, Rep. Pallone went off on his Republican peers who were attempting to indict the healthcare website saying it violated HIPAA laws which protect patient information. He called their empty efforts to defame Obamacare a “monkey court.”

That is absolutely hilarious isn’t it?

Honestly, he is right. Republicans continue to grasp at straws in their efforts to crucify the Affordable Care Act (ACA). This newest assertion that the website violates HIPAA protections is just another desperate attempt to find a conspiracy where there isn’t one. And, Republicans have been at this game since the website launched on October 1st.

What the Republicans won’t say is that their efforts to defund Obamacare have resulted in the website’s shoestring budget. They repeatedly turned down Health and Human Services Secretary Kathleen Sebelius’ requests for funding. Intentionally sabotaging the law before its launch, these efforts are easily overlooked and underreported months later when the program is actually up and running. Now, they have gone so far as to suggest that Sebelius should be fired for the “failed” launch. Convenient right? Bankrupt the law months in advance, fight it tooth and nail all the way up until launch, harp on the technical issues which ensue because you bankrupted it, then sit on your hands and slur everyone else who did the best they could with what you gave them.

Do Republicans care about extending health coverage to those who can’t afford it? Do Republicans lay awake at night concerned about all of the people in economic disparity because they can’t afford to pay medical bills? No, they care most about beating President Obama and killing his prized piece of legislation in its nascence. Talk about crocodile tears.

They will literally say anything about Obamacare to scare the pants off of Republican voters, like 1) comparing it to the Fugitive Slave Act, 2) comparing it to slavery, and 3) comparing it to indentured servitude. Michael Eric Dyson handily explained why none of these comparisons hold water. The truth is, Republicans just don’t want President Obama to win. They don’t want people to enroll in coverage and end up liking it. They are petrified that President Obama is on to something with the ACA. And since they have no plan of their own, the only thing they can think to do is go kamikaze on it.

Let’s be clear here folks, there is no there there. The website is glitchy. Any website would be glitchy if it had to consolidate medical information across the entire country. But, the product is sound. Folks are signing up for healthcare and they are happy about it. Don’t believe the hype. We will all be better off if we just ignore the Republican circus while they dawdle in Monkey Land.