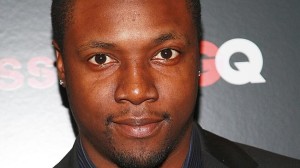 They say that twice is a coincidence but three times is a trend. And that’s just what we’ve seen unfold over the past week. First: Trayon Christian at Barneys. Second: Kayla Phillips at Barneys. Third: Rob Brown, star of Finding Forrester, at Macy’s. In every case, an African-American shopper has been detained under suspicion of fraud after legally making a purchase. Seems like it doesn’t matter who you are or what your bank account looks like; as long as you are black, you will be expected of committing fraud if you make a high-value purchase.

News broke this week that Rob Brown, star of movies like Coach Carter, Stop-Loss, and Don Jon, was detained after purchasing a $1,350 watch for his mother at Macy’s. He was arrested by plain-clothes officers that claimed his credit card was fake and taken to the “Macy’s jail”, a place for detaining suspects within the store. He was held for 45 minutes and given a string of excuses before he was released.

So what did he do wrong to cast this suspicion on himself? As far as I can see, absolutely nothing.

But, let’s play devil’s advocate for a minute. Those three examples took place in New York, so maybe this is a byproduct of “stop and frisk” policies. Maybe blacks commit fraud frequently at these stores. Maybe each of them acted suspiciously in the stores. Maybe their style of dress just seemed that out of place in those establishments. Maybe there is some level of logic or reason behind these actions.

But none of that explains why I was racially profiled last week, in of all places, a donut shop (Yelp review here). I know it seems like an odd place to be profiled (and I recounted the entire situation in my yelp review if you want to read the whole thing), but long story short, the person behind the counter assumed that I took $2 out of the tip jar to pay for my donuts. And when I denied her claim, she told me she would review the surveillance cameras anyway. Nice.

I was dressed nicely. I was pleasant. I’d frequented that donut shop for years, and I even ordered pretty much the same thing that I order every time I visit. But with all of those hard facts backing me and making a petty $2 theft seem all the less likely, she was accusatory first. 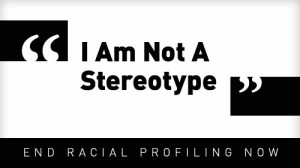 The truth is that the image of the deviant black American has permeated global society so deeply that there are no boundaries to enclose it. You can be Oprah shopping in Switzerland. You can be Henry Louis Gates locked out of your own home. No matter who you are or what status you achieve in life, your first identifier is always your skin color.

So how is one to operate in a world that misrecognizes you every day of your life?

Honestly, I’m not sure there is a right answer to that question. They say knowledge is power, but ignorance is bliss. Knowing that you are judged negatively first, for no other reason than the color of your skin, is a huge hindrance to shoulder. And at times, it can feel insurmountable.

But it is surmountable … in time. The slaves that led uprisings in the South knew it. Martin Luther King Jr. and those who fought for civil rights knew it. The NAACP, Rainbow-Push Coalition, and National Action Network have known it. Hell, despite the ridiculata he faces on the daily, Barack Obama knows it. The best that we can do is to live our lives to the fullest and stand against injustice wherever it resides. Over time, day by day, things will get better until, one day, that burden will wither away.

Until that day comes, I’ll begrudgingly find a different donut shop to patronize.

Have you experienced racial profiling? Share your thoughts and experiences below.