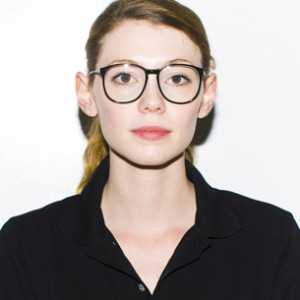 Remember when you watched your first Disney movie? Maybe it was Snow White, Cinderella, or The Lion King. For me, it was Little Mermaid. I loved it. Ariel with her mispronouncing things and silly ways. No matter which it was, watching it did something for you. It taught you about hope in the face of despair, about good triumphing over evil, or about integrity winning over greed. And, no doubt it became a ‘thing’ for you. It became a trope, an identifier. It became a reminder about where you were when you watched it, how old you were, what you were wearing, etc. And, maybe it even made you want to be a better person.

Sadly, those ‘things’ are not always good. They don’t always spark grand memories of yore. Sometimes they are sharp, painful. Sometimes they are discomforting or menacing. Well, black people have lots of ‘things.’ And they don’t all originate with slavery. We have the first time we are racially profiled, the first time someone calls us “nigger,” the first time our race othered us and made us feel dirty, and all the other times after that when we are reminded that our country doesn’t care about these ‘things.’ Even the Disney movies we all love are ‘things’ for us. We didn’t have a black princess until 2009 and even then she was a frog for the majority of her movie. Other folks must have these ‘things’ too. Often I find myself wondering: do white people have these things like we do?

I have been writing so many stories recently about racial profiling: Renisha McBride‘s murder, Marissa Alexander‘s unfortunate sentencing, Jonathan Ferrell‘s murder by cop, Trayvon Martin, Jordan Russell Davis…the list goes on. And, sometimes I feel like, amidst the jovial snarky nature of things in black social media, we have now become historians of sorts. We are documenting all of our ‘things’, our grievances and our daily injustices, and chronologically marking ourselves with tiny tick marks each time this stuff happens. Every shooting is a ‘thing.’ Every racial profiling case is a ‘thing.’ Every photograph of someone in blackface is a ‘thing.’ And, I must apologize for not having some intellectual way to describe what that thing is. But, if you’ve experienced it, you know what I mean.

If I could, I would call it a mark. But, it is much more than that because no one can see it. It is internal. We carry the marks with us everywhere we go, and the old marks inform our ways of life. We harbor things that haven’t even happened to us. We feel pain as though we knew Trayvon or Renisha. We don’t just hear about it; we embody it. We live it. Inadvertently, we become living, breathing anti-‘thing’ machines. Or, at least I know I do.

Back in the days of the Jim Crow South, these ‘things’ were used to keep black folks in check. Public lynchings, mobs, and other capital displays kept black people from getting out of line. They were intensely effective. Emmett Till was and still is a thing for us. The Red Summer was a thing for us. They never go away. And, with each generation that learns of them, their message imbues the same effect. They become objects of both fear and control. They help form our worldviews. They become setting to our varying storylines.

Now, don’t get me wrong. I know that everyone remembers their first bad grade. Everyone feels the intense sting in their elbow when they remember the first time they bumped it falling from their bike. Most of us remember being bullied or singled out. But, my central thesis here is that most of these ‘things’ aren’t unique. They belong to all of us. And that is why they are easier for us to deal with. Girls have ‘things’ and boys have ‘things.’ We can always relate when it comes to our first kiss or date. Those are cross-racial experiences that are just natural facets of human life. But, racial minorities and LGBTQ folks probably have nuance and frequency that most white people could never understand.

Every time a black man is killed, I become intensely worried for my husband and two sons. When I see cases like Renisha McBride’s and Marissa Alexander’s, I fear for my own and my daughter’s safety. There’s an inescapable “what if” reel in my head that I won’t ever shake. I can’t. 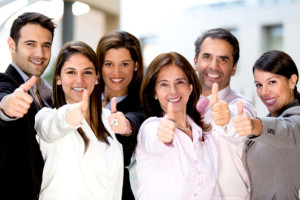 What would those ‘things’ be for white people? Is there a collective pain when you are the majority? If so, what would it be? I only ask because I find this to be one of the basest ways to understand the Black, Latino, Asian, LGBTQ or (insert minority here) Experience. I would imagine for Latinos, the first time you are called an “illegal,” you’ve earned your first ‘thing.’ And, for LGBTQ folks, hearing that yet another teen has been murdered or committed suicide creates a ‘thing’ for you. Or, maybe it is being called a ‘faggot.’ These experiences cut so deeply that they control our gait, force us into closets, and/or otherwise intimidate us out of being or embracing who we are.

We are all marked. We are marked differently but marked nonetheless. And, I just can’t escape the feeling that most white people don’t even know what that means or what it feels like. When folks dress up in blackface for Halloween, it is apparent to me that they are completely unaware of these injustices. To make a mockery of painful events – coupling the shame of blackface with the murder of a young black male – is more than insensitive, it is symptomatic of a deeper ignorance.

I am asking a question here, but I have already answered it. I know that white people – the collective subset that is WASP (all else held equal) – don’t experience injustices of these sorts. Their ‘things’ are likely not character or trait-based as much as they are situational. They didn’t get into the college they wanted or their parents didn’t let them drive the car somewhere and it ruined their life. Usually, there is someone else to blame for this stuff so they don’t have to internalize it. But, do they have anything, just one thing, that marks them like we do? No? Nothing?

So, how could we ever really become post-racial if most whites have no understanding of the daily injustices and inhumanities which induce racialized shame? How will we ever be until they do?

It is virtually impossible.