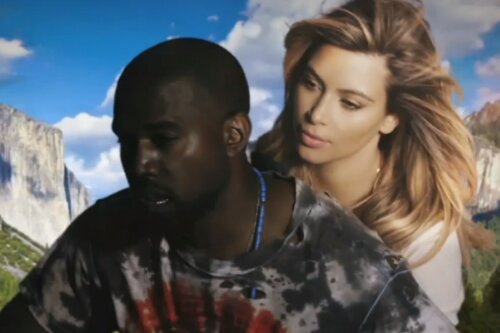 The internet has been in an uproar ever since Kanye released his video for “Bound 2” featuring his baby-mama/fiancée Kim Kardashian. If you somehow haven’t seen the video, it mostly features a topless Kim K straddling Yeezy on a motorcycle. And honestly, we’re seeing some strong similarities between her performance and the “Trophy Scarves” artwork of Nate Hill. Just saying.

I can in no way endorse the song or video. The lyrics are all over the place, there are an array of samples employed, and of course, Charlie Wilson is along for the ride. You couldn’t ask for an easier target.

As such, we’re really highlighting this video for a shot-by-shot spoof posted today on Seth Rogen’s Facebook page. 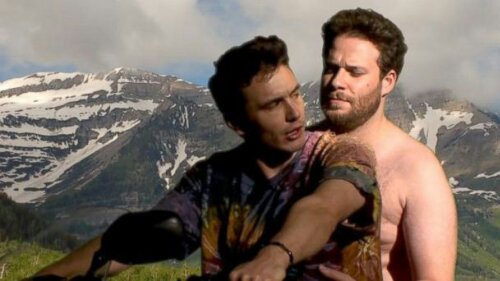 Apparently, Seth Rogen and James Franco had some downtime while filming their next film, “The Interview”, and took the project on as whim. In what they have monikered “Bound 3”, a shirtless Seth Rogen stands in for Kim and Franco gives his best Kanye.

The results are epic.

James Franco’s Kanye gives you everything you need in life, from his overexcited delivery to his “trying to look hard” stoney faces. And Rogen’s Kim is all that you would hope it would be, down to the superfluous smizing and ridiculous eyelash batting. Honestly, this video couldn’t be so good if the original wasn’t so bad.

Please, sound off in the comments section below.