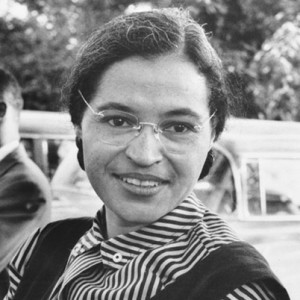 “Face, meet palm” was what I said to myself today when I found out that the GOP (Grand Old Party or Republicans) proclaimed via Twitter that Rosa Parks had ended racism. And they meant it.

No, I am not kidding. The GOP thinks that racism ended back in 1955 when a 42-year-old Rosa Parks chose not to give up her seat for a white man who demanded it on a Montgomery City bus. This is not a joke. They really tweeted this:

I just don’t know what we are going to do with the Grand Old Party. They literally have no clue what is happening in larger society. If they think that racism ended in 1955, I wonder what they thought was happening when Martin Luther King, Jr gave the “I have a Dream Speech” in 1963. Maybe all those black people were marching to the capitol because there was a sale at Woolworth’s or JcPenney’s. I wonder what they thought caused the Rodney King Riots in Los Angeles back in 1992. Perhaps the black residents of the area just thought their city needed a makeover so they burned it to the ground to give construction companies a head start. They have certainly missed Trayvon Martin, Jordan Russell Davis, Jonathan Ferrell, Renisha McBride, and every racially profiled person in the news in the last decade.

But, of course, none of that stuff was because of racism. They are all just happenstance, right?

This tweet is the epitome of white privilege. The institution representing about half of all Americans electorally just made a formal proclamation that racism has been over for nearly six decades. They literally just told all of us people of color that everything we have been working and fighting for has been an apparition. We have been sparring with invisible foes. Racism is just a figment of our imaginations.

So, either we are all clinically insane or they are just idiots. They seem to believe that the very moment someone stands up against something as monolithic and institutionalized as racism in America, that is the moment it disappears. POOF! Just like that, it’s gone forever.

And, while we have all been hallucinating, they have been profiting off of the backs of the poor and colored. It seems only fitting that they would shoot off a message to their followers like this during the Thanksgiving and holiday season. They aren’t feeling any of the effects of racism, so it must not be a thing anymore, right?

Maybe this is what the white and privileged tell themselves to help them sleep at night. I am unsure. But, it seems they need to take a bit of advice from Parks in the very quote they cherry-picked for their ignorantly gratuitous commemoration tweet. We shouldn’t be fearful when we are doing what is right. What they are doing to racial minorities both via policy and position is morally reprehensible. What should induce an onslaught of terror for them is as mundane as sending a tweet.

While Twitter responds with #RacismEndedWhen, I will just say this: Republicans, your seams are showing. Pretty soon no one will believe you care about the blacks (non-Republican translation: black people) and the illegals (non-Republican translation: Latino Americans). There literally won’t be any legs for you to stand on. Get yourselves together before you’re left in the dust back in 1955 when you watched the end of racism on the tiny black and white televisions playing in your heads.