What You Need to Know This World AIDS Day 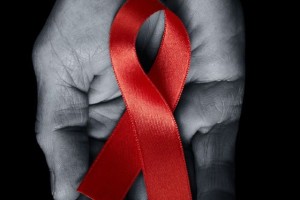 Sunday is World AIDS Day. And, my earliest memory of HIV/AIDS awareness and outreach was when I was eight years old. There was this random poster on the back wall of my hair stylist’s shop that had a huge picture of a gallon-sized milk carton. It read, “You would have to drink a gallon of HIV infected saliva to contract HIV.” I remember thinking that was the silliest advertisement I had ever seen. Who would want to drink a gallon of someone else’s spit?

It was my first lesson in the realities and risks associated with HIV/AIDS. And, seeing it every few weeks back in the back of the room, where almost no one could see it, reminded me that many people in my community didn’t see HIV/AIDS education as a real priority.

Even I sometimes show my lack of knowledge when it comes to this taboo subject. I interchange words and letters. I frequently misspeak when describing my understanding of the infection and disease. I have a lot to learn. Many of us do. So, this World AIDS Day, I reached out to Mathew Rodriguez, Editorial Project Manager at The Body, the complete HIV/AIDS resource to help shed some light on an unspoken epidemic in the black community and communities of color abroad.

To begin, Rodriguez helped me clarify the differences between HIV and AIDS. “‘AIDS’ [is] an acronym for Acquired Immune Deficiency Syndrome, which is not a virus, but a diagnosis given to people who have HIV and have fallen below a certain amount of T-cells (about 200/ cubic millileter[sic]) or have been diagnosed with an opportunistic infection.” This is an important distinction to make. An HIV (human immunodeficiency virus) diagnosis necessarily comes before an AIDS diagnosis. And, while people are living longer and longer with HIV – sometimes never contracting AIDS – the diagnosis still seems to be riddled with shame, and misrecognition.

The real question is: why do people seem to know so little about HIV and AIDS? One would think that a disease with so many casualties across the globe would be front of mind for most governmental health agencies and social groups. But, that just isn’t the case when it comes to HIV/AIDS. Even though black people only make up about 14% of the American population, we still account for almost half of new HIV/AIDS diagnoses. Issues of poverty, low health education, gender inequality, and homophobia create marginal impacts for the social group most at risk of contracting the disease. And, stigmas, especially those in the black community, have turned HIV/AIDS into a secret subject only up for conversation in esoteric circles.

Rodriguez made a point to explain that most of the lack of knowledge in communities of color comes from several sources – usually out of their control.

And, while communities of color are at highest risk of contracting HIV/AIDS, they are often at the margins of society. To me, low health literacy and lack of education regarding HIV/AIDS risk are probably the most devastating for the black community. In America, black people frequently experience shaming and minority status which isolates us from the mainstream. Lowered access to health information and medical resources can only exacerbate the risks of HIV/AIDS.

Thinking back to my first exposure to HIV/AIDS awareness via the tattered old poster that almost no one could see, it was the commingling of these issues that likely prompted the ad in the first place. When I asked Rodriguez about common misconceptions about HIV and AIDS, he echoed this universal lack of knowledge stating, “In order to contract HIV, you need two things:  a bodily fluid of an HIV-positive person (Semen, pre-ejaculate, blood, breastmilk, vaginal fluids) and a port of entry (the bloodstream, mouth, anus, vagina). At the site, we commonly get questions about people getting HIV through touching doorknobs, or kissing or sitting next to someone with HIV.”

Just imagine how that feels for the HIV-positive person. While we are all walking around fearful about interchanging in basic social situations, they may choose to simply hideaway to avoid the awkwardness of sharing their health status.  I mean, wouldn’t you do the same thing?

I can’t say that anyone has ever shared their HIV-positive status with me. While I have heard rumors or known of folks passing away from AIDS, I have never had the opportunity to advocate or be a support system for someone living with the diagnosis. Hopefully, President Obama and other leaders in DC will get their acts together in addressing the global HIV/AIDS epidemic. For now though, Rodriguez made it clear that there are several key facets of being a successful advocate for HIV-positive persons.

“The first step to being an HIV/AIDS advocate/ ally is to educate yourself. The second one is to get tested and encourage friends to get tested. The third is to make sure that you are a resource to anyone that you know is HIV-positive. If someone shares their status with you, do not freak out. Make sure they are OK and in medical care and thank them for sharing that piece of themselves with you.”

And, advocacy means knowing that there are major medical innovations happening at this very minute. The HIV/AIDS understanding of our moms and dads is a thing of the past. And, it just isn’t the death sentence that many believe it to be.

“Know that HIV doesn’t have to be scary and if you educate yourself and those around you, you can avoid it, but you can also be kind and loving to those who are HIV positive.”

In many ways, my first exposure to HIV/AIDS advocacy will be the lasting image for me. It was the first thing teaching me that I couldn’t contract the virus by bumping into someone on the bus or sharing a fork with them during lunch. But, posters just aren’t enough. They aren’t salient enough to save lives. They may draw attention to the issue but they will never fully address an epidemic that claims nearly 40 million people in a year across the globe.

So, I guess what we all need to know this World AIDS Day is that HIV/AIDS is not some pseudo-rarefied diagnosis we can simply ignore away. Believing we are so distant from HIV/AIDS that it isn’t even worthy of our attention begets only ignorance or further shame. I choose not to turn a blind eye not just today but going forward. Will you join me?