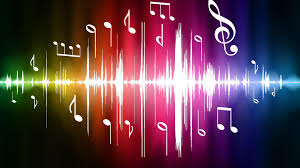 The holiday season is upon us, and without fail, the radio waves are now packed with holiday tunes both classic and new. So where’s a millenial to turn for a holiday music fix? None other than the WCC Holiday Mixtape!

This year we’ve done all the work for you and compiled the must hear holiday music, tailored of course to a millenial’s ear. Listen to the tracks below and download the full set HERE!

From the soundtrack for the film Black Nativity, this song is a nice spin on the holiday classic Silent Night. Each performer gives a great performance and their voices complement each other beautifully.

Amber Riley, the powerhouse voice from GLEE showcases her pipes all over this classic. She takes it to church.

3. Toni Braxton and Babyface – Have Yourself a Merry Little Christmas

Toni and Babyface play the part of ex-lovers just sending Christmas cheer to each other. Of course there is an undercurrent of lingering love too. And nothing beats a Toni Braxton vocal.

4. Tamar Braxton – She Can Have You

Tamar laments being single on Christmas, especially after breaking up with her boyfriend two weeks ago and already seeing him buying gifts with someone else. In the process, she delivers some serious, passionate soul.

5. Tevin Campbell – I Know That My Redeemer Liveth

A track from Quincy Jones’ Handel’s Messiah, it is a modern take on the classical opus. Listen and remember a time when Tevin’s voice was everything.

Anybody that grewup through the 90’s should look back fondly on TLC’s holiday offering. It’s holiday cheer the way that only TLC could pull off.

This has to be the perennial new age Christmas jam. While the generations before had the Temptation and Nat King Cole, we’ve got Boyz II Men and Brian McKnight. You’ve truly achieved something if you manage to now hear this song in the month of December.

Just recently released, this fresh-faced songbird laments spending the holidays away from the man she loves. She knows that without love, any holiday is just another day of the year.

Chris Brown recorded this song for the soundtrack for the movie “This Christmas” in 2007. Reminisce on a time before tattoos, Rihanna, and domestic abuse. Things were simpler then.

Everybody just had to have this Christmas album when it came out. Destiny’ Child was at their height as a group, and Beyonce was in her full experimental mode. Listen to the trio mimic bells the best they can

Enjoy the songs and don’t forget to download the complete mixtape HERE!