On R.Kelly, Black Folks (and White Folks), and Plausible Deniability 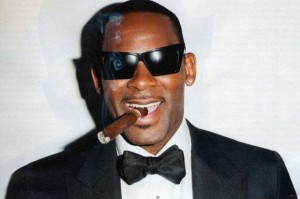 Just putting a picture of this child-raping ingrate on my site makes me want to vomit. But, I am going to soldier through this because some things need to be said. R. Kelly is a rapist. He is a pedophile. He has preyed (and may still prey) on the demographic least acknowledged in this country: black girls. Not only that, for over a decade, he has still enjoyed success in the music industry despite the countless numbers of young ladies who have made allegations against him. Frankly, I am sick of it.

A few days ago I made this proclamation on my Facebook page.

“If anyone on my timeline says a word about copping that new #RKelly album you will be unfriended, unfollowed, and otherwise banned. #notplaying#tryme“

And, while I gave no reasons for that declaration in the body of the post, I have now come to the conclusion that the best defense against a serial rapist like R. Kelly is a barrage of negative press outing him for the vile less-than-human that he is. This is not going to be an easy read so just mentally prepare yourself now. And, you should probably read this while sitting. Grab a glass of water or something too. Okay. Now proceed.

An interview posted this morning on The Village Voice by Jessica Hopper details the tireless work from Jim DeRogatis’ Chicago Sun-Times while reporting on R. Kelly. In the very detailed interview, the two reporters discuss a host of things. They cover R. Kelly’s marriage to, then fifteen-years-old, Aaliyah. They discuss the rape video which went viral wherein R. Kelly instructed a pubescent teenager on what positions he wanted her to assume while he ejaculated and urinated in/on her. The interview exposes the truth about the “dozens” of young women and girls who were paid hush money to keep R. Kelly out of court on rape charges. And, how some of them even attempted suicide after their victimization by the singer.

While none of us can ever know what conversations, or pesonal interactions happened between R. Kelly and these young women, we DO know that he recorded the rapes (yes, rapes). Tapes have surfaced showing forceful, predatory, and dehumanizing sexual intercourse between R. Kelly and little girls. There is no debate about this. There is no contradicting evidence when it comes to these facts. R. Kelly is a sexual predator. Period.

On Black Folks (and White Folks) and Plausible Deniability

What is most disconcerting about this case? Well, it’s that folks keep buying his music, bobbing their heads to his songs on the radio, and paying to see him in concert. Folks like Lady Gaga have even featured him on songs about “doing what [he] wants with [her] body.” I am assuming she is including peeing on and raping it when she says that. Black folks (and white folks) continue to support this pedophile as if his “art” substantiates his disgusting behavior. And, in many ways, they have justified it with their dollars.

But, then there is the disturbing mentality associated with this monetary support. DeRogatis describes it handily.

“Here’s the most sinister. This deeply troubles me. Then, there’s a very–I don’t know what the percentage is–some percentage of fans are liking Kelly’s music because they know, and that’s really troublesome to me. There is some sort of–and this is tied up to complicated questions of racism and sexism–there is some sort of vicarious thrill to seeing this guy play this character in these songs and then knowing that it’s not just a character!”

What he is saying is, in his opinion, some people KNOW that R. Kelly is a rapist and continue to support him for the “vicarious thrill.” Some folks have an understanding that this guy is a monster who preys on children yet they find that an intriguing aspect of his character. Or, they can “separate the art from the person.” But, can they separate the money they give him from the money he uses to quiet his rape victims? Likely not. You know why? Because R. Kelly the singer isn’t separate from R. Kelly the rapist. Just like his concert money is the same as his “buy a rape victim some sneakers for her trouble” money, he has no need to separate anything. What his apologists are doing is simply attempting to convince themselves that they are not culpable for what he does in his spare time. But, that’s not really true, is it?

Ingesting the filth his fans call “art” makes you complicit in his continued predation on young women. Why? Well, because it is pretty much all he sings about. Yes, he has made some gospel and uplifting songs here and there. But, they are all nestled between “pussy,” “riding it,” and some other terms he has pulled from his infantile mind to describe the rapes he has committed. DeRogatis alludes to this in the interview.

“If you’re listening to “I want to marry you, pussy” and not realizing that he said that to Aaliyah who was fourteen and making an album he named Age Ain’t Nothing But a Number–I had Aaliyah’s mother cry on my shoulder and say her daughters life was ruined, Aaliyah’s life was never the same after that.”

Now, some folks would like to just pretend the atrocities away. They say “that was old stuff that he isn’t doing anymore,” or “those girls probably wanted to have sex with him.” Just for the record, both of these weak ass excuses are rape justifications. Old rape and statutory rape are still just rape. And, sending a rape victim to the South of France for six months so she can’t testify doesn’t exactly sound like something a guiltless individual would do.

But, the most compelling response from many people is “he was never convicted of anything so he must be innocent.” This, my friends, is an issue of plausible deniability. R. Kelly has successfully subverted the US justice system because of his economic wealth. Though usually a byproduct of white privilege, ‘affluenza’ like this is only attributable to rich people. They can skirt the normal routes of justice by throwing money in all directions until they walk free. R. Kelly is an instrument in an industry perverted by its own self-congratulatory ass-kissing and over-saturation of easy money. It isn’t surprising he walked away from the courts without a blemish.

Isn’t it funny (not really haha funny) that black people – who typically don’t trust the US justice system – take solace in the fact that R. Kelly was never convicted? The courts and justice system get it wrong all the time when it comes to black people. You mean to tell me that we trust the system when it comes to R. Kelly? I call B.S. You can’t have it both ways folks.

You have to read the interview for yourself, but wearing the ignorance banner, in this day and age, really doesn’t work. There are enough information sources out there publicizing the gross injustice that is a free R. Kelly.

DeRogatis concluded with this finding.

“The saddest fact I’ve learned is nobody matters less to our society than young black women. Nobody.”

With what he has seen and heard, I can totally understand how he arrived at such a conclusion. And, as a black woman, I can’t in good conscience EVER support anything affiliated with R. Kelly.

There is a special place in hell for R. Kelly. Exploiting a community of low-income and underprotected girls for sexual gratification grants him that. But, anyone who buys anything of his should take note of the blood (or urine … or semen) they are getting on their hands too.

This interview has now removed any and all plausible deniability you may have had…like forever. And, if seeing a picture of this rapist or hearing his voice doesn’t make you automatically cringe or shudder from now on, you may be one of those R. Kelly rape apologists. In which case you probably have no moral compass, but I will say a prayer for you anyway.