I Kissed My Sons… 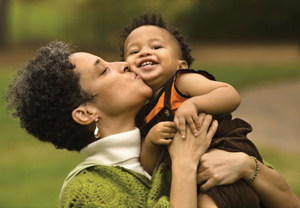 Yesterday was “Christmas Sunday.” For most Christians, it is the Sunday that entails mini-reunions at church, big family dinners, lots of red, green, and white, and a general feeling of warmth. For us, we all donned the matching church clothes. My sons, daughter, husband,  and I loaded up to head to church. And, about midway through the service, during prayer, I looked over at my oldest son. I looked down at my newborn son. And I became immensely sad.

Last night I watched a video depicting the shooting death of Kenneth Harding, Jr. Police shot the 19-year-old in the back as he fled from them. He had no weapons. He just didn’t pay his bus fare that day. He laid there dying as the police called for backup instead of calling an ambulance. He eventually stopped moving (probably from losing so much blood) at which time the police lowered their pistols and assault rifles not to help him but to pat him down. He officially died at the hospital but he really died right there on that San Francisco curb. Those police officers reduced him to game. He wasn’t a son, friend, brother, etc. He was an animal. They may as well had been hunting in the woods. He wasn’t human to them.

Since I saw that video, I have been fighting the impulse to put my sons there on the ground in that puddle of blood he fought for his life in. I see him shifting and flailing on the ground  struggling to stay alive and all I can do is imagine him as one of my little ones. And it just hurts me so very deeply.

Yesterday, I kissed my sons a little more than I usually do. I caressed their cheeks more than I usually do. I stared at them, studying their faces as if I’d soon lose them. And I know that’s no way to be but I do it almost everyday. I know everyday that I am raising three people who will be in the least valuable sociopolitical categories in this country. My sons are suspects. My daughter, a Jezebel and a potentially over-sexualized young woman who will have to struggle to identify herself authentically. Their skin criminalizes them before they even learn to walk, talk, or read.

And what I am I supposed to do about that? What can I do or make society do differently? I can raise them well, send them to great schools, take them to church, and pray for their safe keeping everyday. But that won’t guarantee they won’t become Renisha McBride or Jonathon Ferrell or Trayvon Martin or Kenneth Harding, Jr.

I imagine this is similar to what black mothers in the slave South felt when birthing children. At any moment they could lose their children who were usually sold off like cattle. Even when these mothers were allowed to keep their children, they were never really allowed to be mothers. Now, black mothers get to watch their children die on YouTube, or in courtrooms, or in the media, or in the movies, or, you know, pretty much everywhere. Us black mothers, we get front row seats to the generational epidemic that is the genocide of our black children.

So, yesterday, I kissed my sons. And my daughter. I loved on them as best I could and as much as they would allow me to. And I will keep doing so until I can’t do it anymore.