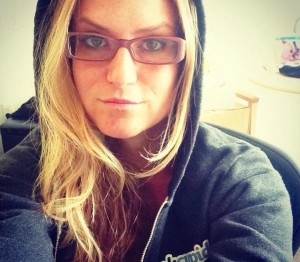 This weekend, I witnessed a brutal battle. It was a virtual battle but a battle nonetheless. I witnessed Justine Sacco (now former PR Director for IAC – a web company which owns Match.com, The Daily Beast, and other well-known websites) attempt to be racist against black people via Twitter. And, I subsequently witnessed (and participated in) Black Twitter’s swift pummeling of her actions thus causing her to be fired from her job. Did I feel bad about it at some point? Yes, sort of. I didn’t want to ruin this young lady’s life all because of a racist tweet. Did she deserve it? Certainly.

No one who works in PR has half a brain if they think that tweets like this one belong on the internet.

Sadly, no one thought this was cute or funny. It quickly spread across Twitter spawning memes like this one.

Oh, and my absolute favorite.

Olivia Pope: "Girl, you're on your own with this one" #HasJustineLandedYet pic.twitter.com/xfio6FRMBy

And Black Twitter certainly came at her with a vengeance. Sacco was actually on an international flight heading to South Africa to visit family for the holidays when the tweet went viral.  She was insulated from the pandemonium stemming from her racism for a few hours. We learned this when IAC released a statement that Sacco was “unreachable” but that they were “taking appropriate action.”Shortly thereafter, the hashtag #HasJustineLandedYet started trending on Twitter as we all awaited her arrival to the airport in Cape Town, South Africa.

According to a few Twitter reporters (who actually went to the airport, questioned her family, and tweeted pictures), Sacco landed only to have her family console her and assure her that the entire ordeal would soon blow over. While they were right, they probably didn’t think she would find herself unemployed within a matter of days.

A few enterprising folks took the opportunity to purchase the domain name JustineSacco.com and redirect it to Aid for Africa. Hopefully this ordeal will bring attention to the plight of those on the African continent who actually are suffering from the AIDS epidemic.

Sacco did issue an apology yesterday.

“Words cannot express how sorry I am, and how necessary it is for me to apologize to the people of South Africa, who I have offended due to a needless and careless tweet. There is an AIDS crisis taking place in this country, that we read about in America, but do not live with or face on a continuous basis. Unfortunately, it is terribly easy to be cavalier about an epidemic that one has never witnessed firsthand.”

It’s just too little too late.

I must say that I was in awe of the mobilization of race activists via the Twitter platform during this entire debacle. Not only were memes going viral, activists managed to engage stars like Kerry Washington only amplifying the reach of the anti-Justine-Sacco campaign. She shut down her Twitter account and will probably never use social media again.

If this isn’t a lesson in human decency, I don’t know what is. Something Justine Sacco has likely joked about while in intimate company resulted in her corporate demise. No PR company in the world – literally, the world – will hire her now that she has become a saying (“Don’t get Justine Sacco’ed!”).

We often joke about Black Twitter. Some folks don’t take it seriously.But, it is actually quite amazing when you consider that it unites and connects disparate black folks both nationally and abroad. This issue proves that. Within hours of Sacco’s tweet going out, Black Twitter had generated enough buzz to mobilize responders in Cape Town. The power of Black Twitter is palpable.

I’m glad Justine Sacco will now add to the gamut of case studies on the strength of Black Twitter. Sadly for her though, she had no idea what sort of beast she was tempting when she took to the Holy Grail of social media to spew her hatred.

Take note folks. Racism on social media  might ruin your real life in a major way.