Ain’t I a Woman? Black Women, Decency, and Public Spaces 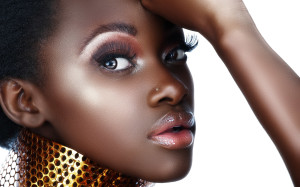 Even with Beyoncé taking over the universe with over 1 million copies of her self-titled fifth solo album sold in one week, black women continue to struggle with recognition and respect in public spaces.

This isn’t a new thing. Women’s rights activist Sojourner Truth delivered her iconic “Ain’t I a Woman” speech in 1851 at the Women’s Rights Convention in Akron, Ohio dealing with this very issue. Her simple inquisition underscored the need for black women to become a part of mainstream gender conversations.

One would assume we’d be past this basic question over a century and a half later. But, truth is, we aren’t. Black women continue to face struggles with being recognized as the loving mothers, daughters, sisters, and aunts that they are. In public spaces, we are often judged and, sometimes, punished because of one-dimensional images in the mainstream psyche which outshine our true personae. I talk about the feelings arising from this treatment in a piece about being a black mother in Orange County, CA.

What is often most interesting about this differentially unhelpful treatment is how others in public spaces seem to “code switch” in an adverse way. In the black community, code switching denotes the process wherein black people change their vernacular, conversational content or other social cues in order to adapt to diverse social situations with non-black people. I posit that other racial groups have a similar but negative process when it comes to black women.

I have seen white men hold a door for white or Asian women but let it close in my face. I have dropped my keys on the floor – with my arms full of kid’s items – in a room full of people without one person of another race reaching to help me grab them. I have struggled to push my double stroller into office building doors without anyone – even white women passing by – making an effort to help me through. I have stood in line at a restaurant and had an entire white family of four step ahead of me as if I were invisible. And, that happens frequently. Some say it is because I live in an area where people are just unfriendly and un-cordial. But, I get to witness these very same people treating one another with kindness and respect. So, theoretically speaking, the suggestion holds no water.

I just can’t believe that this is due to anything other than my race and gender. There is a combination of social factors contributing to a societal disregard for my kind. And, the dual-minority status I inhabit seems to only complicate my middle class existence.

Sometimes I want to stand on a stage and give a Sojourner Truth redux.

“That white man over there says that women need to be ushered into doors, and given the right of way, and offered a place of esteem. Nobody ever holds the door for me, or let’s me walk ahead of them, or holds me in esteem or respect! And ain’t I a woman? Look at me! Look at my resume! I have studied in the nation’s most prized classrooms, I have taught at leading universities, and no young man could outdo me! And ain’t I a woman? I could earn as much and produce as much as a man – if given the chance – and endure the obstacles of an honest day’s work! And ain’t I a woman? I have birthed three children with my loving husband only to have to teach them that this world won’t value them as much as a white neighbor and no one works in our defense. No one but Jesus seems to understand! And ain’t I a woman?”

It’s a simple question: Ain’t I a woman?