Truth: I used to be a ‘mean girl’ too 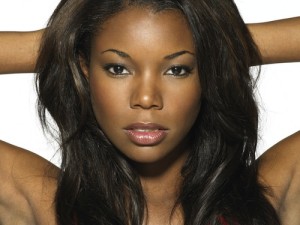 Remember when the actress and abundant hotness that is Gabrielle Union referred to herself as a “mean girl?” I can relate.

I often refer to myself as a “recovering misanthrope.” A misanthrope is someone who hates people. It isn’t really because I hated them. But I was pretty damn mean.

I went through some life-altering family issues in high school. Before that time, I was a bubbly, arrogant, know-it-all teenager obsessed with Jesus and boys. So, pretty normal teenager fare. After high school, I emerged a bitter, confrontational, angry bitch literally waiting for someone to say something sideways to me so I could have a reason to punch them in the throat (I didn’t punch anyone but I was totally geared up for it). During this time, I intentionally alienated people, gossiped, antagonized folks, and even picked on weaker people. I was just mean.

Somehow I met my husband during that time. He was strong enough in himself to see through my ‘tough girl’ bullshit. He loved me in spite of my ridiculous combative nature. And, he held me down even when folks looked at him like he had Stockholm Syndrome.

It wasn’t until 2004 when I had to have emergency open heart surgery that I came to terms with the hurt that had grown into a watermelon-sized tumor of anger, hurt, sadness, and bitterness in my chest. Being faced with impending death (I literally was dead for 20 minutes when I had surgery) forced me to critique my own nauseatingly callous behavior over the years.

I didn’t like whatever made my mom and dad abandon me in high school. I didn’t like how I reacted: with drugs, alcohol, and unsafe sexual behavior. I didn’t like going to a white college with all of these “uppity” Negros who treated me like a leper (for good reason since I was hella rude to most of them). I was one of the most unhappy 20 year olds you could have ever met. It was death, fragility, vulnerability, a lack of control, and nakedness that put all that in perspective for me.

So, as I laid there on the operating table I said one simple prayer to Jesus: “Lord, if you let me wake up from this, I will do better. I promise. I will do better.” I can imagine Gabrielle having that conversation with God at some point too.

I reflected on the dream I once had in high school where I saw flames erupting from a gaping hole in my chest where my heart should have been. I always knew this heart condition would be the death of me. I was just hoping it wouldn’t be that day.

Well, I woke up. I woke up imperfect, misshapen, broken, and still bitter. I woke up wanting to be better but not knowing how to be. I woke up full of the will to change. When I died, so did the mean girl. God granted me a second shot.

Now, I am not going to say I have been perfect since then. Far from it actually. I’ve made mistakes. But, I have never made them intentionally. And, I have ALWAYS sought people out to apologize for my offenses. I have stopped holding grudges. I have stopped treating people as if they have to be infallible to be in my presence. I have stopped raising my struggling soul above the imperfections of others around me. And I’ve let go of being self-congratulatory for it.

I can honestly say I am no longer a “mean girl.” I can’t say that I’m nice – nice usually means being a pushover who is overly accommodating even in the face of disrespect. Niceness is antithetical to my outspoken, blunt nature. But, instead, I am cordial, approachable, friendly, and non-judgmental. People want to spend time with me now; I have never been so humbled by the people I have been allowed to call my friends.

Every time someone says “Jenn, you’re so awesome!” or “Girl, I am so glad we met,” something inside me still considers crawling away in fear of being vulnerable with them. Something says “Run! Run now while you still can. Say something mean. Hurt them like you were hurt.” But I don’t. And I don’t want to.

I couldn’t be happier about it.

There is something about being broken that makes you better. When the pieces come back together, they make such a more beautiful human than was there before. I’m embracing that. And, I have no desire to ever be a mean girl again.