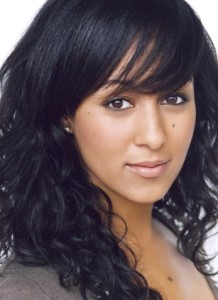 Ever been called a whore by perfect strangers? Ever had someone insinuate that you were a prostitute or that you at least should be? Many black women have. Why? Well, because we’re black and women.

An example of this is Tamera Mowry. The actress we all fell in love with on the nineties show Sister, Sister – where she played her twin sister Tia – gave a vulnerable and teary-eyed account of the horrible racist epithets she has received. Most were vocalized to her in reference to her marriage to a white man. Being biracial (black and white) herself, she was especially hurt by the cruel comments about her being the “white man’s whore” and “giving it away for free” when a black woman used to cost $300.

“Post-racial” has been a buzzword this decade. President Obama’s historic election is often wielded as evidence of it. Many people (most of whom are white) claim that if we all hold hands and simply choose to look beyond race, racism itself will magically disappear. They claim that it is our desire to see racism that induces it. They come up with other perceived logical explanations for our lived experiences. All the while, the hurt those experiences cause festers in the lives of people of color. Our real lives are thereby minimized. And we, the victims, are forced to bear the burden of the racism which harms us.

The dehumanizing racism Mowry has experienced underscores our need to face race head-on in this country rather than sweep it under the rug.

Post-racial America? No. I don’t think so.

Do you think we are post-racial? Why do you think this idea has been pushed for so long? Will we ever be beyond race altogether?