If You Haven’t Seen HBO’s ‘The Out List’, Watch it Now 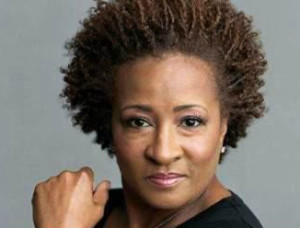 I watched HBO’s The Out List when it first premiered last year. I watched it again today. The documentary features prominent actors, actresses, politicians, and performers as they express their lived truths as gay, lesbian, bisexual, transgender, or queer (LGBTQ) in America. Folks like comediennes Wanda Sykes and Ellen Degeneres, finance guru Suze Orman, actor Neil Patrick Harris, activist and writer Janet Mock, and actress Cynthia Nixon vocalize their real-life struggles living in a country which refuses to fully accept them as citizens.

Orman discusses the difficulty she and her wife face when considering how their wealth will be distributed at the end of their lives. They once considered lying to hospital staff so that they could be together when Orman was feeling ill. Sykes expresses how her “coming out” was not as serious to her as it was to others. But, that she wants to be seen as “normal.” And, the most powerful interviews is from Janet Mock. She is a trans-woman who shared her story with Marie Claire in 2011. She shares her personal journey to full womanhood with others so that those coming up after her will have the courage to do the same. Her new memoir, Redefining Realness, will be out next month and is available for pre-order on her website.

The documentary is strikingly powerful and draws up questions about equality, civil rights, and perceived freedom and liberty in America. It forces us to think outside of our own tiny existences and consider the realities of the LGBTQ community. Everyone would benefit from watching it.

You can find The Out List onDemand from your cable provider. Or look for it on the web.