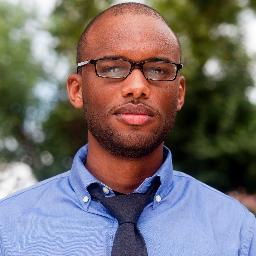 Every time I read a piece by Mychal Denzel Smith, one of those brain cells I failed to nurture in high school grows back. The writer for The Nation and Knobler Fellow at The Nation Institute continues to slay readers with he fastidious pieces on black life. One that recently caught my eye and inspired me was a piece in The Nation called “Three Ways to Fight Racism in 2014.”

Someone here on the site recently asked me what white people can do to combat racism and discrimination. I feel like Smith sums it up much more eloquently than I ever could.

Smith’s points are clear and concise: 1) “Reclaiming the definition of ‘racism’,” 2) “Putting respectability politics on the shelf where they belong,” and 3) “Making every politician say the words ‘mass incarceration.'”

Reclaiming the Definition of Racism

The first goal, while lofty, proves that many activists have been losing when it comes to the language around racism. Because many whites get so offended at being labeled a  racist, activitsts have watered down the nomenclature they (we) employ. Smith is over that. He says finitely that he “will be more conscious about not using softer, ambiguous phrases when referring to racism. There is no more “race relations” or “conversations about race” or “racial issues/discrimination.” There is racism. We have to name it before we face it.” I couldn’t agree more.

The second goal is more difficult than the first. And, perhaps we should cue the Don Lemon Respectability Reel from 2013 – there was the #DonLemonOn thing, the Bill Cosby and absent fathers rant, and various other dramas. In a city of respectability politics, Don Lemon is certainly the gatekeeper. Smith shows the dichotomous relationship these antics have with the real life experiences of blacks in America.

“Children were being shot dead in the streets, and we were debating whether their pants sagged too low. Their schools were being closed, and we talked about whether they had good father figures in their home. They were stopped, frisked and beaten by police, and we somehow managed to chastise them for littering.”

At some point, we have to admit that sagging pants, littering, or other faux indicators of worthiness have nothing to do with racism. At all.

The last goal seems like the heaviest lift. Folks don’t wanna hear about Michelle Alexander’s The New Jim Crow nor do they want to acknowledge the stuctural factors underlying its existence. Smith seems unwavering though in his efforts to drive home how detrimental mass incarceration has been to the black community in particular.

“It’s arguably the most crucial issue on any racial justice agenda, and we can no longer afford to allow our political class to stand silent on it.”

Smith knows his stuff. And, his words are a call to action. If this doesn’t make you understand what fighting racism is about, I don’t know what will.